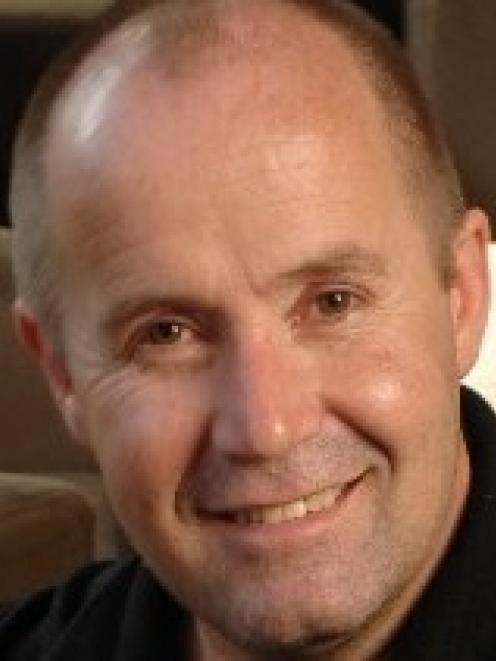 Simon, the 12-time Grammy Award-winning songwriter, was last week unveiled as the long-awaited follow-up to the Elton John sellout show.

He would perform at the stadium on April 6, then at Auckland's Vector Arena on April 8.

Chamber chief executive John Christie yesterday said the concert would attract fans from around the South Island and possibly across New Zealand.

A sellout crowd would probably mean an economic impact on a par with the $14 million delivered to Dunedin by the Elton John concert in late 2011, which drew 35,000 fans.

That was because, as with the Elton John concert, fans coming to Dunedin were likely to be ''more mature'', with higher disposable incomes, and spend more than one night in the city, he said.

''The demographic will be pretty similar and from that perspective we are likely to see a similar economic impact for the city,'' he said.

It was a sentiment echoed yesterday by Hospitality Association of New Zealand Otago branch president Mark Scully and Dunedin Restaurant Association president Steve Richardson, who both welcomed news of the concert.

''It's going to appeal to a wide range of people because he's had success over such a long period of time,'' Mr Scully said.

Mr Christie said yesterday there was no doubt the concert would make a positive economic contribution to the city, and underscored the need for a new events fund.

The city needed headline acts like Elton John or Simon to lure people to the city.

''It keeps Dunedin on people's list of places to visit,'' he said.

Dunedin city councillors were set to consider a report on DVML's financial future - including the possibility of a new events fund to offer incentives for big acts - in coming days as part of the council's 2013-14 pre-draft budget meetings.

Deputy mayor Chris Staynes also raised the prospect of a new events fund, paid for by the city's hospitality businesses, late last year, as the council grappled with news of DVML's $3.2 million loss for the 2011-12 year.

Mr Christie said talk of a new fund would generate debate, but the city needed to spend money to make money.

The big question, Mr Christie believed, was whether ratepayers or the city's hospitality sector, who stood to benefit the most from more big events, should pay for it.

''I think that's something we need to work through as a city and then get on with it . . . but we definitely need a fund,'' he said.

Mr Scully said it made sense for those who benefited from big events to pay for such a fund.

However, it became more complicated when considering whether only central city bars, restaurants and accommodation providers should be covered, or if the net should be cast wider, he believed.

''That's the challenge for the council. If they want to implement something like that, it has to be well thought out and it has to be fair.''

Despite that, he believed securing more big events would be ''absolutely crucial'' for the city and the stadium.

''At the end of the day, if we can have events that bring money in from outside Dunedin, that's the key.

''The more events like this we have at the stadium, the better.''

Mr Richardson was more circumspect, saying his members welcomed big events but did not want to pay more to help attract them.