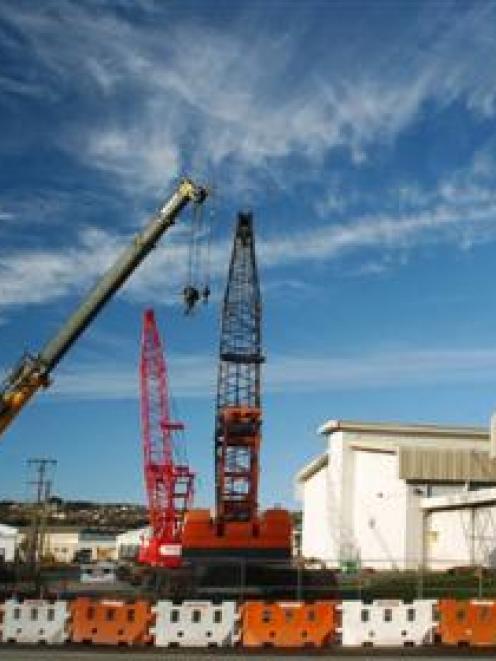 There had been no unexpected problems.

The piling work was being undertaken by Christchurch-based firm Daniel Smith Industries, overseen by main contractor Hawkins Construction, and the piles were among 530 to be driven across the entire site, Mr Burden said.

The piles driven so far were to depths anticipated by earlier geotechnical modelling of the site, which predicted piles would need to reach an average depth of 18m, with some as shallow as 15m and others as deep as 25m, Mr Farry said.

"The geotechnical information and planning that we put in place prior to the beginning [of construction] is accurate.

"At this stage, we have nothing that we haven't planned for," Mr Farry said.

The beginning of piling work followed the start of demolition work at the site in May, which was to remove 16 buildings to make way for the stadium, beginning with those occupying the site of the main south stand.

Hawkins would provide recommendations to the trust for final approval, which would be assessed with advice from consultant Arrow International and quantity surveyor Rawlinsons, Mr Burden said.