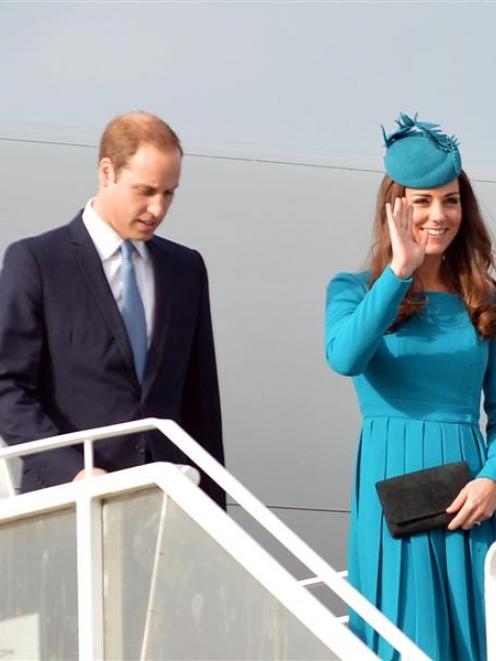 The Royal couple might have needed a relaxing overnight stay in Queenstown after spending an action-packed day in Otago yesterday, while still managing to charm everyone they met along the way.

''They were just like normal people,'' All Black captain Richie McCaw said.

''Good,'' said 5-year-old Mataawhio Matahaere-Veint, who stole a hug from the duchess at the airport.

Thousands turned out and the weather held as the couple worked their way around Dunedin and Queenstown.

A Palm Sunday service at St Paul's Cathedral, a little rugby, some wine and a jet-boat ride all went down well, with patient well-wishers even getting an unscheduled chance to shake royal hands in the Octagon after the church service.

Mr Cull was happy with the way the city - and the weather - had rolled out the welcome mat for the Royal couple.

He was on hand to greet the couple at Dunedin International Airport, and was alongside as they helped coach youngsters at a Rippa rugby event at Forsyth Barr Stadium in front of a crowd of 10,000. 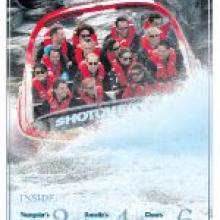 Special royal publication - only in today's print ODT
He spoke to the duchess at the stadium about Rippa rugby.

''We were both just discussing the fact it gets kids interested in the positive aspects of rugby without the physical contact and the risk at a very early age.

''She was quite impressed I think, and so was the duke.''

Mr Cull admitted to being ''a little bit'' nervous before his first royal encounter, but was pleased by the city's joint welcome - also including Otakou runanga kaumatua Edward Ellison - and that the weather had played its part.

McCaw, who helped Catherine encourage the Pirates Rippa rugby team, afterwards thanked the Royals for being so down to earth and for ''coming along and having a run around'' with the kids.

In his only public words of the day, Prince William thanked the crowd for their warm welcome and said he had finally found the city in New Zealand where the passion for rugby ran the deepest.

''The atmosphere here this afternoon has been tremendous and long may it continue.''

The sun broke out from the clouds as Catherine stepped on to the tarmac at Queenstown and thousands more people lined the couple's route to Amisfield Winery at Lake Hayes, where they made the day of a few Central Otago winemakers, too, and then on to the Shotover River, where the jet-boat driving of Wayne Paton gave the Royals, and onlookers who shrieked as the royal boat shot through the gorge, a thrill.

Mr Paton said he had butterflies considering his precious cargo, but his experience won out and all went smoothly, with Prince William even urging him to go closer to the gorge walls.