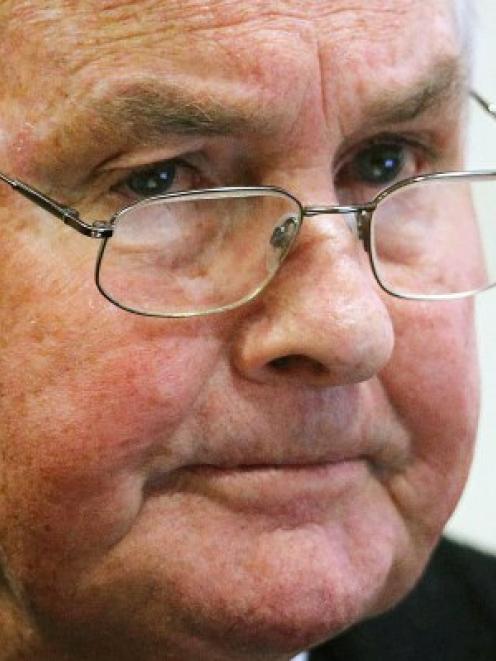 Harry Bell
A former chief inspector of coal mines warned the Department of Labour to close down Pike River mine until ventilation issues were resolved, the Royal Commission in to the November tragedy at the mine has been told.

The inquiry is looking into the disaster at the West Coast coal mine when 29 miners and contractors were killed in a series of explosions.

Harry Bell, a former chief inspector of coal mines, who also worked for Pike River Coal Ltd and contractors at the site at various times after 2000, said he warned the Department of Labour to "stop them bloody mining until they fix the ventilation''.

After Department of Labour's counsel Kristy McDonald QC brought up a report into ignitions at Pike River mine, Mr Bell said it had failed to deal with ventilation issues.

"I heard.. that all he [the inspector] done was get them to take the load header out because it was causing the ignition, but the core problem was the ventilation, the methane shouldn't have been there,'' he said.

Earlier he said there should have been another entrance to the mine.

He said had he still been chief inspector of coal mines in 2008, he would not have allowed tunnelling through the Hawera fault line with only one entry to the mine.

"PRC (Pike River Coal) did not seem to understand the seriousness of the gas risks in the mine, and how essential ventilation was, even at this early stage,'' Mr Bell said.

Concerns over the quality of coal and complexities of mining at Pike River had led him to advise his friends not to invest in PRC.

Mr Bell said he did not understand why the tunnel was not built in an area which had easier and safer access.

"It was apparent to me that if Pike River had been allowed to extend their road several kilometres, it would have resulted in a safer mine with easier access,'' he said.

Mr Bell also repeated earlier criticism of the experience of the inspectorate regime and the regularity of mine inspections.

"It was clear from what has happened at Pike, and what I know of the gas issues at Pike, that the inspectors are not experienced in gassy mines,'' he said.

He was also critical of current training methods.

Under examination this morning, Robin Hughes, also a former chief inspector of coal mines, was shown a report which was critical of the level of training contractors at Pike River mine received.

The report called "A review of the Department of Labour's interaction with Pike River Coal Ltd'' was written by two Australian mining experts who said the training ``was an area where the company... failed miserably''.

Mr Hughes said he knew of recent incidents which led him to question the way contractors were trained.

Yesterday he criticised mine safety changes made by National governments in the 1990s.

"The explosion at Pike River mine...had its origins in the repealing of the Coal Mine Act and regulations in 1993,'' Mr Hughes said.

The hearing is continuing