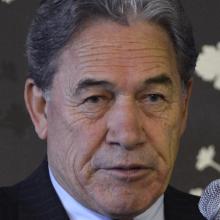 Winston Peters.
New Zealand First leader Winston Peters is proposing removing GST from basic food, but without providing any detail on what he regards as basic food.

He suggested those who did not know should ask their grandmother.

In a speech yesterday, Mr Peters said the party would lower the family food bill by removing GST on basic essential food.

The cost of removing GST on basic essential food was between $600million and $700million, he said,  without saying whether that was annually or a one-off cost.

"And for those armchair critics who have long forgotten, or have never known struggle street, who don’t know what basic or essential food is, I recommend they ask their grandmother," he said in his speech.

By lowering the cost of the household food basket, much-needed relief would be provided to thousands of low-income New Zealanders, he said.

GST would come off all basic food items, but not restaurant or takeaway meals.

It was a bold policy which went to the heart of the inequality undermining New Zealand society, he said.

An estimated 212,000 children were living in poverty in New Zealand, Mr Peters said.

In April this year, the Salvation Army said 20% of New Zealand children were living in a household which regularly went without essentials such as adequate food, clothing and heating.