Opinion: Jockeying for poll position real story behind the news 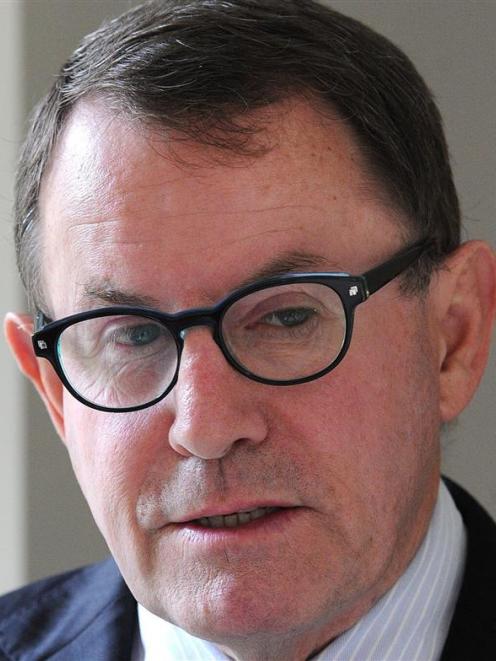 John Banks
The downfall and disgrace of John Banks may have seemed the story of the week. But the Epsom MP was already history - ancient history, in fact.

Of far more note, though much less entertaining, was the increasingly odd behaviour of other politicians. The pressure is mounting before the opening of the official election campaign.

It is not just a question of readiness in an organisational sense. It is starting to dawn on Opposition parties that whatever they do in the next 100 or so days before election day, the polls may well not budge.

That would be good news for National. But the absence of allies who can win seats means the margin for National between victory and defeat is so slim that even a tiny shift in support in the polls could be catastrophic.

A further complicating factor in an already complicated election has been the entry stage-left of the Internet Mana party. Nerves are starting to frazzle across the political spectrum. Mild panic seems to be setting in.

Labour has pulled up the drawbridge and is refusing to even engage, let alone co-operate, with other parties.

The Greens seem to be flirting with policies which would have them positioned more to their right. However, they are still insisting any post-election deal with National remains highly unlikely. National, meanwhile, is getting more edgy about whether it can retain power.

The initial thinking was that its comfortable domination of the centre and centre-right would not be affected by the creation of the Internet Mana party, which judging by the political hue of the personnel on board, would be fighting for headroom on the left.

On further reflection, however, Internet Mana poses a real threat to National. It is not just that Hone Harawira, Laila Harre and company might carve out new territory by appealing to young non-voters and thus could expand the Left's share of the vote. The far bigger danger to National is that Internet Maori wipes the floor in the Maori seats and obliterates the Maori Party.

National may enjoy a big lead over Labour in the polls. But as oft-stated, it is the margin between the right and left blocs that matters. That margin remains extremely tight. Any slight wavering in support for National would see the party requiring more than United Future's Peter Dunne to hold his Ohariu seat and Act New Zealand's David Seymour to be given a free run in Epsom.

Unfortunately for National, United Future has no realistic hope of registering a party vote anywhere near high enough to enable a second MP to ''coat-tail'' into Parliament under the one electorate seat threshold loophole.

As for Act, Jamie Whyte has done much in terms of getting the party focusing again on its basic ideology. But Act's image is too tarnished to produce the turnaround in fortunes within the limited time left until the election.

That leaves relying on the Maori Party. If it makes it back into Parliament, signing up with National for a third time would be the kiss of death. But the odds on the party holding any of its three seats look increasingly bleak.

The party's poor showing in the Ikaroa-Rawhiti by-election - it came third behind Labour and Mana - was a wake-up call. But Te Ururoa Flavell has yet to make any real impression as co-leader. The party seems to be drifting in the wake of the retirements of Tariana Turia and Pita Sharples. Its parliamentary survival now hinges on Labour and Internet Mana splitting the anti-Maori Party vote such that it comes though the middle.

Given the destruction of the Maori Party would make things very difficult for National, Labour's refusal to reach a mutually satisfactory accommodation with Internet Mana is puzzling. Instead of giving himself the flexibility to strike such a deal at any stage in the run-up to election day - the case with John Key with respect to Colin Craig's Conservative Party - David Cunliffe wants to stymie electoral accommodations by promising to abolish the one electorate seat threshold.

No law, however, can stop National hinting to its supporters to give Messrs Dunne and Seymour an easy ride into Parliament via their electorates, thereby creating an ''overhang'' which is of mathematical advantage to National in trying to secure a majority.

Mr Cunliffe's campaign may be principled in ending a longstanding rort on the electoral system. But Mr Cunliffe is fighting the 2014 election - not the 2017 one. However, he is justified in worrying that any arrangement with Internet Mana will not only see Labour shedding votes to that party in the Maori seats, but more importantly in the general ones as well.

Moreover, the flagging of other potential coalition partners by Labour risks only benefiting those minor parties because voters would feel they can vote for those parties in the knowledge they are not undermining the centre-left's chances of putting a government together. The problematic relationship between the Greens and New Zealand First is a further reason to avoid foreclosing on options.

Just as Mr Key is wary of the dangers of getting too cosy with Colin Craig, Labour also does not want to find itself being seriously embarrassed by some of Mr Harawira's outbursts. But Labour is taking an even harder line by denying its potential support partners the oxygen of publicity.

This reached extreme proportions in Labour's initial refusal to comment on the Greens' plan to introduce a carbon tax. Such behaviour is creating an information vacuum regarding the likely direction of a centre-left government. Such negativity offers no incentive for those voters who have only a weak attachment to National to switch allegiances.

The Greens are responding to Labour's non-co-operation pact and the increasing competition on the left posed by Internet Mana by pitching a prime environmental message to the centre. That does not mean the Greens are shifting to the right. It is simply that in a crowded marketplace, you have to have a product which is unique.

The Conservative Party is also unique, but not in a fashion National would prefer. Nevertheless, Mr Key is going to have to hand Mr Craig an electorate as insurance against the Maori Party not making it back to Parliament. The arrival of Internet Mana has left him no choice. That was the real story of the week - not Mr Banks.