Opinion: Labour has work to do on anti-privatisation campaign 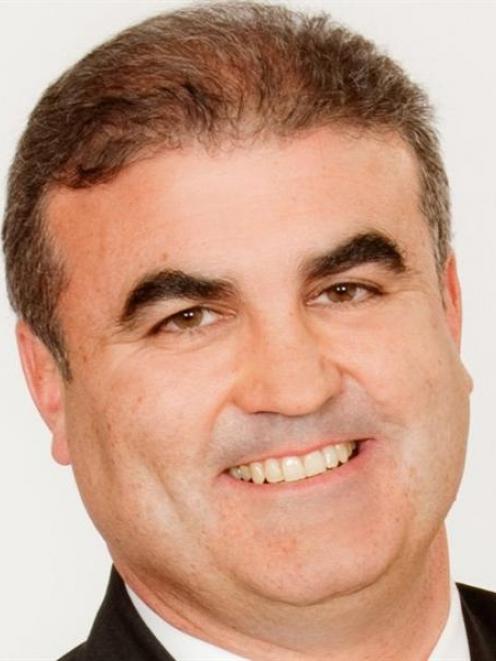 Clayton Cosgrove
When it comes to dealing with Labour's enemies - or as he would prefer to say - dealing to them, Clayton Cosgrove displays all the sympathy and mercy of a knuckleduster-carrying Rottweiler.

As far as the Christchurch-based list MP is concerned, there can only be two outcomes on the battlefield of political life - either making sure you win, or making damn sure you don't lose.

Having joined the party at the age of 14, he is tribal Labour to the core, like his mentor, Mike Moore.

That connection never endeared him to Helen Clark or her followers, who saw his preference for rough-and-tumble politics as challenging their more intellectual approach.

Like John Tamihere, Mr Cosgrove's audience is the shrinking class of conservative male, blue-collar workers whose attachment to Labour has become weak or non-existent.

Mr Cosgrove consequently sounds as happy, if not happier, in opposition as in government.

Indeed, he remains an unreconstructed Opposition politician. He views National as an unholy alliance of New Zealand's privileged landed gentry, Neanderthal-like Hooray Henrys, and latter-day gangsters who would sell the country's birthright for a couple of shekels.

He has thus been a perfect fit for the role of Labour's spokesman on state-owned enterprises (SOEs). His anti-privatisation rhetoric has fuelled the party's campaign against the float of up to 49% of electricity generators Mighty River Power, Meridian Energy and Genesis Energy.

Everything has changed, however, with the Supreme Court chucking out the Maori Council's bid to halt the partial asset sales. The court's unanimity gave the green light for the first share offer to proceed. The public debate has likewise moved on.

The big question is whether Mr Cosgrove can move along with it. The debate is now about whether the shares will be a good investment. It is about whether the Government's retention of 51% of the shares in each power generator is purely cosmetic when it comes to ministers exercising some control over the new ''mixed ownership model'' companies.

Mr Cosgrove, however, has been fixated by the woes of Solid Energy. That is understandable. It was his persistence - and his alone - that forced the Government to buckle and agree that the state coal company's former chief executive Don Elder should be ''invited'' to appear at Thursday's meeting of Parliament's commerce committee.

National quickly sought to dispel speculation about what Mr Elder might have to say about the SOE's plunge into the red last year and why it now had a debt burden big enough for the company's bankers to be called in.

The Prime Minister revealed he and other senior ministers had been pretty much at loggerheads with Solid Energy's board for the past 18 months, most notably over the company's need for capital for its since-scrapped diversification programme.

At the same time, John Key also tried to put some distance between National and Solid Energy's spiral into indebtedness to the tune of close to $390 million.

National was not interested in ''pointing fingers'' over who was to blame for that. The Government was instead focused on the company's future.

But Labour had obtained some embarrassing Cabinet papers under the Official Information Act. These showed that back in 2009 Cabinet ministers had told Solid Energy and other state-owned enterprises to increase their gearing - the ratio of their borrowing to their equity.

The purpose of this exercise was to force Solid Energy to lift its profitability so it could pay higher dividends to a cash-strapped Government.

Unfortunately for Mr Key, Labour found some quotes from him last month pointing his finger at high gearing as one of the factors responsible for Solid Energy's financial predicament.

In short, game and set to Labour ... but not match. Not yet anyway.

Mr Cosgrove and his colleagues might have smacked Mr Key around the ears but that will not worry the Prime Minister. His priority is the Mighty River Power float. Given it is too late to halt that sale, Labour's priority is to bring enough public pressure to bear on the following floats of Meridian and Genesis so they are either cancelled or prove to be relative failures and discredit the whole asset sales programme. It is hard to see how a formal inquiry which Mr Cosgrove is demanding - and which National would block - helps Labour in that regard.

Admittedly, an ongoing inquiry could keep Solid Energy in the news. It would serve as a platform to highlight the fact the company was also on the list of upcoming share floats until it started to rapidly go down the gurgler. That serves as a cautionary warning to would-be investors that the mixed-ownership model is not immune from financial risk. Those who bought shares in the then state-owned Bank of New Zealand in the late 1980s got badly burned.

Labour, however, has made little if anything of this potentially lucrative line of attack. With that in mind, Labour should be targeting the nearly 330,000 people who have pre-registered for Mighty River Power shares rather than preaching to the converted - the 392,000 people who signed the petition seeking a referendum on partial asset sales which National will anyway ignore.

Labour also needs to get the message across that the mixed-ownership model companies will not be a simple adaptation of the state-owned enterprise model.

The Treasury has been transparent in saying that despite retaining a majority shareholding, the Government will be trading off ministerial oversight for greater commercial discipline. The absence of statements of corporate intent will reduce ministers' ability to influence company strategy.

The Government's primary tool for ''protecting its investment'', as the Treasury puts it, will be the appointment of suitably qualified directors.

Under the Companies Act, those directors will be obliged to act in what they believe to be the best interests of the company, rather than those of the majority shareholder. They will function a lot like Air New Zealand which is subject to a less vigorous monitoring regime by the Treasury than fully state-owned companies.

This is complex territory and not the sort of stuff which makes for easily digested soundbites. But Mr Cosgrove and Labour must think laterally if they want to keep the party's anti-privatisation campaign alive. They may have triumphed in battle this week, but they remain at serious risk of losing the war.