Opinion: Spin on Doc's restructuring draws a rather long bow 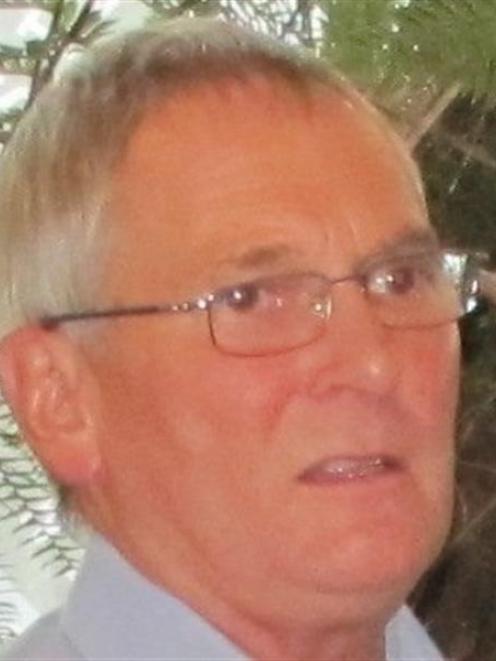 Al Morrison
When it comes to delivering bad news about the fauna and flora of the nation, the same advice applies as to tramping near fairy tern nesting sites: tread with meticulous care.

Nonetheless, the spin doctors at the Department of Conservation were clearly hoping their audience were direct descendants of the Mad Hatter when they tried to paint a restructure including 130 job losses because of a $9 million funding cut as ''changes to increase conservation''. When it comes to positive PR for a government, the Department of Conservation is usually the motherlode. Every dollar spent to raise a new kakapo chick or ready a kiwi for release is doubled in a return from photo opportunities.

But what nature giveth a government, she can also taketh away with alarming speed. National learned that to its peril when it put up what it believed were reasoned, logical reasons for allowing limited mining on Schedule 4 land. Nothing as crass as open-cast mining of course, just a humble Hobbit-sized opening every here and there leading to the treasure that lies beneath.

Voters, National discovered, had quite an emotional attachment to the conservation estate whether they partook of its delights themselves or simply just liked to know it was there. It wasn't just the greenies. It was the hunters and fishers, and the dwellers of the leafy green inner suburbs.

While the public have largely been unmoved by public service cuts in other areas, National must be nervous about how the Doc restructuring will play out.

Both Doc's director-general Al Morrison and the auditor-general have pointed out that even under its old budget it was shovelling the proverbial uphill in trying to halt the decline of threatened species.

As a party generally considered pro-business, National has always struggled with its green credentials and the mining issue did leave a rather nasty taste in the mouth about its intentions. So the more believable Morrison did most of the talking about the restructure. It didn't start well. The general impression was that the future of New Zealand's wildlife would be reliant on the goodwill of volunteers (Doc currently has 12,000 signed up) and, more ominously, corporates.

Even Mr Morrison's explanations for the cuts stretched the bounds of credibility. It is hard to believe his claim that even if Doc had double the budget, he would have signed off on the same changes. It was even harder to believe his claim to National Radio that halving the number of resource management cases the department was submitting on showed a ''stronger priority'' was being given to that process.

Further trickery came to light when Prime Minister John Key admitted some staff would have their job titles changed so they were called ''rangers''. He denied it was ''spin'' devised to give the impression that frontline positions were not affected. But only the day before in his attempt to prove just that, Conservation Minister Nick Smith had been telling all and sundry there would in fact be more rangers than before, without mentioning that was by dint of a job title change rather than a recruitment drive.

Much of the attention has gone on Doc's move to forge more ''partnerships'' with private sector companies to help fund conservation projects. Some people are suspicious of such deals and prescribe long spoons be used. However, Mr Morrison's arguments on the benefits of this are convincing although even he admits it could have a negligible impact.

Doc has $6.5 million committed in its current partnerships programme, but it is a rather ad hoc approach and there are issues of long-term security of funding. If evidence of this was needed, it came this week with speculation the Tiwai Point smelter could close due to Rio Tinto's inability to reach an agreement with Meridian over electricity supply.

Rio Tinto partners the Kakapo Recovery Programme. Fortunately for the kakapo, the Government promised short-term funding help, although that was prim-arily to save its asset sales programme rather than a gregarious parrot.

Perhaps the most disturbing issue was Dr Smith's admission he told Doc to cut back on opposing resource consent applications - especially where it might create jobs. He told Parliament he was ''not in favour of the Department of Conservation making submissions to stop people getting jobs''. Instead, he said local councils were best placed to decide which ''landscape values'' required protection and so Doc should focus on biodiversity.

It was an astonishing statement from a conservation minister, made more so by the fact he was formerly the local government minister who introduced reforms to the Resource Management Act that downgraded the consideration given to environmental effects as opposed to economic effects.

That the greenest of National's MPs could make such a statement reflects the pressure National is under on the jobs front - pressure that will not enhance its amenability to sacrificing those for the sake of the environment.

National's chances of persuading people it meant no harm were further hampered by other developments that popped up with uncanny timing this week.

First came the Environment Court's interim decision to allow Bathurst Resource's bid for a 150ha open-cast mine on the Denniston Plateau - but only if appropriate conditions were included to protect sensitive wildlife. That was one of the cases Doc had not submitted on under its new regime of not bothering with ''landscape'' values in bids that might create jobs.

Then mining on Schedule 4 land reared its ugly head again. It's a pretty safe bet National will not lift that ban, purely because it knows what the political cost would be. Nonetheless, the earlier palaver had the effect of leaving a residual suspicion about National's intentions. Unlike national parks, that suspicion is very easily mined.

So the Green Party did just that - releasing information it secured under the Official Information Act which revealed Doc had granted permits for mining companies to undertake low-impact exploration on some Schedule 4 land. There were tight conditions in place, but it forced Dr Smith to issue assurances the land would remain off limits, and that the information might be useful for other mining potential in the general vicinity but not in the parks and marine reserves themselves.

He rejected suggestions the mining companies would expect to mine what they found, saying it was blatantly clear what the Government's stance was. He may have a job on his hands to convince people of that.