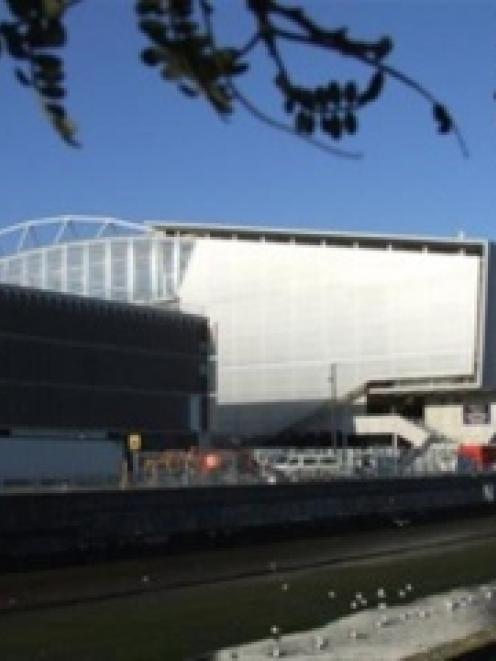 It is eight years since the radical idea of replacing Carisbrook with a covered stadium emerged, and nearly two years since it opened before the Rugby World Cup. By now, teething problems should be sorted, and the stadium this year has been relatively busy.

Some early claims by its promoters were overblown. There were extra costs and the Dunedin City Council has put millions extra into it over this first phase. Because the ''build'' was such bare bones, extras have had to be provided and a debt of prodigious proportions weighs on the city. Not surprisingly, the claimed average cost of $66 a year for Dunedin city ratepayers is well short of reality.

This newspaper has always argued that if the stadium was to go ahead the council had to cut its cloth on other projects, and had to run a much tighter operation. This, finally, is happening. The city has, belatedly, recognised the extent and threat of its debts, and, under a new chief executive, has been slicing costs.

At the same time, most councillors - whatever their original view on council funding for the stadium - recognise the city now has this asset and therefore needs to make the most of it.

Hence, for example, the $750,000 funding for community use. Hence the serious consideration being given to an events promotion fund.

Clearly, the prime driver for the stadium was as a Carisbrook replacement. Clearly, rugby was always to be the principal tenant.

Nevertheless, some of the assertions of its use as a multiple-purpose venue have come to pass.

On the premier sporting front, the stadium has hosted the Warriors (rugby league), the Phoenix and New Zealand (football), the All Blacks (with another test, against Australia, due this year) and lots of rugby at all levels.

There is no doubt the stadium as a superior venue for spectators was not oversold, although the public address system is appalling. The noise and atmosphere for top fixtures, in contrast, is thunderously good. For rugby tests, admittedly, Christchurch's loss of AMI Stadium has been the Dunedin stadium's gain.

There has been a rodeo and an equestrian event, the Relay for Life, the Nitro Circus, national marching competitions and conferences, like, of late, cancer nurses and clinical psychologists. There are meetings of one sort or another on many days. Last week there was, for example, a Halberg Trust function and a World Vision display. Next month, a community health day will take place. The weekly Sunday market is a welcome regular.

Given Dunedin's climate and given the value of a point of difference, the stadium needed to be covered. It also had to be in the north end near the university for physical and psychological reasons. What the stadium says to prospective parents and students is Dunedin is not just a small southern hick city.

The stadium was used on several nights for student Orientation, including for Macklemore and Ryan Lewis. The limited number of tickets sold out and did so swiftly.

While bookings this year will ameliorate a little of the stadium's financial pain for ratepayers, the pressure to keep its popularity up as novelty wears off will be relentless. Dunedin Venues management will, as well, have to keep costs as low as it dares. But staff do deserve the chance to reflect a little with pleasure and pride on the successes of late, notably the Paul Simon and Aerosmith concerts. It is to be hoped that, while the numbers attending the concerts were good - and the feedback for the most part positive - the financials for such events stack up.

Certainly, there is no way without the stadium that such big names would have played in Dunedin. Both performances, too, drew in large numbers from outside Otago, booking out accommodation and contributing to the city in other ways. As Otago Motel Association president Richard Hanning said last week: ''People do want to come down here for concerts and it's proving to be a great asset.''

The big test for DVML now is to continue to build on the momentum of the past few months.