'Lifestyle' should not compromise safety 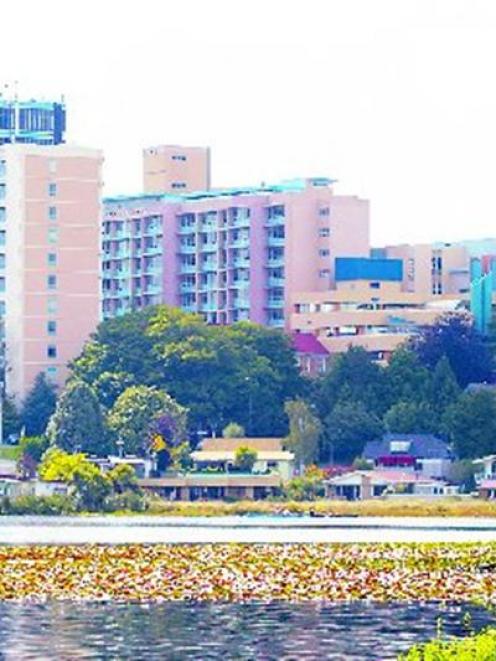 Waikato Hospital, where some New Zealand neurosurgeons "tried to thwart" the establishment of a neurosurgical unit and "very nearly suceeded".
For many years Auckland and Christchurch neurosurgeons have harboured the view there should be only two neurosurgery units in New Zealand, although Wellington and Dunedin have proved remarkably tenacious and difficult to get rid of.

The neurosurgeons appear to have grudgingly accepted that Wellington is here to stay.

It seriously disturbed the plan, however, when Waikato Hospital was able to open a unit despite their opposition.

Why do neurosurgeons want fewer units?

Quite apart from issues of prestige, the most compelling reason is because it means more surgeons in each one.

To be fair, having more to staff an acute-call roster is important for specialists working in any acute hospital service because it means less time on call, fewer nights out of bed and more time for other activities, whether that be elective work, academic pursuits or, in most cases, private practice.

It may also allow members to pursue particular fields of subspecialty interest and develop even greater expertise, and in some instances to buy equipment used for a small proportion of cases.

All other things being equal, one would not begrudge this.

But all other things are not equal.

The lifestyle and practice preferences for Christchurch neurosurgeons cannot be allowed to become the dominant principle for determining services if fair, safe and decent access to emergency care is sacrificed to achieve that.

The Tertiary Services Review in 1995, commissioned by then health minister Jenny Shipley, put forward three options for neurosurgery services, none of which included retaining services in Dunedin.

The neurosurgeon input to that committee came from only three individuals, Ed Mee, from Auckland, and Martin MacFarlane and Janusz Bonkowski, of Christchurch.

Fortunately, the advice was not followed but attitudes have not changed, and political lobbying both of central government and within the Neurosurgical Society of Australasia (NSA) to close the Dunedin unit has been ongoing.

In late 2008, the observation was made in the South Island District Health Boards' forum that the Otago DHB was having trouble recruiting a second neurosurgeon and that the position of Suzanne Jackson, the sole remaining surgeon, was untenable unless this occurred.

It was determined the South Island CEOs' forum would "help" Otago solve this issue, and the discussion soon turned to a single "regional service" to which all of the CEOs gave support.

It must have sounded like motherhood with bells on.

It soon became clear, however, that the meaning to each party was radically different.

For Mr MacFarlane and the other Christchurch neurosurgeons this was not about supporting the Dunedin service through a difficult time.

This was, I believe, the opportunity they had been waiting for; the moment to deliver the coup de grace to Dunedin and consolidate the position of Christchurch as the sole South Island centre.

While Sam Bishara held the reins in Dunedin he was sufficiently formidable not to tangle with, but with his retirement the vulnerability of the service had greatly increased, and now recruitment difficulties had reached a crisis.

But how did those recruitment difficulties arise?

The problem with small specialty units

Even when the wider national or international specialty group is supportive and actively trying to encourage the recruitment to smaller units, it is not easy.

In that respect Mr MacFarlane is right.

The crucial issues are adequate numbers of cases, personality clashes, frequency of call and professional isolation.

While there are plenty of personality conflicts in larger units, they are often not as obvious, nor as critical to the unit function.

In small units, colleagues need to get on with each other, and when they don't, life can be pretty difficult.

If they get on well, the unit can really hum.

The Dunedin unit has had its share of such problems over the years, but so has Christchurch.

How much it has affected recruitment is difficult to quantify.

Without doubt the prospect of needing to do a 1-in-2 call roster in a two-person unit is challenging, even though the frequency and intensity of work (two important balancing factors) may be quite low.

It is certainly the view of Mr Mee, head of Auckland neurosurgery, that what puts New Zealand trainees off coming to Dunedin are the call roster and the money.

He cites a recent trainee, now a newly qualified consultant working in Perth, with a starting salary of $500,000.

There is also a strong suggestion that other DHBs are paying well above the standard salary scale, which if true makes it very difficult for smaller DHBs to compete.

But such factors are not insuperable, as shown in stable staffing in many specialties in Dunedin.

To sustain and renew small units or services that are marginal in numbers but necessary in terms of access, the whole specialty in the country and region needs to truly support it and encourage it.

When that support is absent, recruitment can become impossibly difficult.

The predictions of those who wish a service to fail can rapidly become self-fulfilling.

If trainees who might have come as newly qualified consultants are discouraged from applying for positions, before long the only applicants are those who cannot get a job anywhere else.

Many senior staff in Dunedin, myself included, believe that this is exactly what has been happening in neurosurgery, although in my recent discussion with Mr Mee he insists this is not the case.

Without collegial support across the wider specialty we will only get applicants who are determined to live in a particular town for social or other reasons despite the prevailing attitudes.

This greatly narrows the field.

There are two aspects to professional isolation: the maintenance of competence and the development of subspecialty interests.

While strong collegial networks and regional co-operation can certainly deal with the competence issues and ongoing learning, audit and research interchange, the ability to develop specific areas of subspecialty interest and expertise is another key concern of those who back centralisation.

As several senior medical staff here have pointed out, there is absolutely no reason why this could not still happen in a two-site model.

Some specific services would be developed in Christchurch and appropriate (elective) patients would be referred there, and some in Dunedin with referrals in the other direction.

There is already precedent for this - radiological coiling for difficult aneurysms has been offered only in Christchurch for some time, and stereotactic radiotherapy (a co-operative procedure between surgeon and radiation oncologist) has been developed in Dunedin.

The influence of the neurosurgeons

Because the neurosurgical fraternity spans Australia and New Zealand, not only is training dominated by the views of the Australian majority, but attitudes are as well, and they are clearly "metro-centric".

Neurosurgery is a small club, and all trainees will have had extensive exposure to the attitudes of the consultants in large urban areas.

The rules limiting training time in smaller units ensure it.

Within New Zealand the club is even smaller, only 15 to 20 surgeons; and a small group of strong personalities can easily dominate.

It became quite apparent that with the prevailing view within this group being that the Dunedin unit should close, no Australasian-trained neurosurgeon was going to come our way.

The only other option was to look abroad, and this is indeed what the Otago DHB (now Southern DHB) has done.

However, the Medical Council of New Zealand has a series of processes to ensure safety and competence of international medical graduates.

This of necessity involves the relevant specialists.

Virtually all foreign-trained doctors are at least required to undertake a period of supervised practice, commonly a year.

They may also have to undertake additional training and/or sit an examination.

If the small club of New Zealand neurosurgeons wants to make it difficult for a DHB to employ foreign doctors they most certainly can, either by withholding recommendations for vocational registration, or by refusing to supervise them, or both.

It can be difficult to distinguish between genuine safety concerns as a motivation for stringent "standards" and the operation of a "closed shop" for other ends.

For those who might find it hard to believe that doctors would behave in such a manner, readers may recall that the Commerce Commission brought a successful action (2004) against the Ophthalmological Society of New Zealand which tried to prevent the Southland DHB from using an overseas ophthalmologist to clear a backlog of cataracts.

More recently, refusal of supervision by neurosurgeons was used to try to thwart the establishment of the unit at Waikato Hospital and very nearly succeeded.

Supervision was refused by the Auckland neurosurgeons and it was only possible when Venkataraman (Bala) Balakrishnan from Wellington broke the deadlock by defying the rest of the group.

In my view, the nickname "neurosurgical mafia" is not undeserved.

In January 2008, one of the two Dunedin neurosurgeons, David McDowell, left to return to Australia.

With difficulties between himself and his colleague, Suzanne Jackson, seen as one of the reasons, it was readily apparent we would have to recruit overseas, given the rumours on the neurosurgical grapevine.

Later that year while still employed by ODHB, Ms Jackson disclosed she had gone across to the Christchurch view and that she intended to move to Christchurch along with the patients.

Clearly, she had been in communication with Mr MacFarlane for this to be negotiated.

This was unacceptable to the rest of the senior staff and to the board and management, and the process began to find two replacements.

But the process was brought to a sudden standstill when Ms Jackson refused to provide the supervision required by the Medical Council, even though she was still employed here.

As supervision was not likely from Christchurch either, efforts were made to obtain the necessary supervision from specialists in Wellington or Waikato.

During the delay, Dr Malik was still prepared to come at first, but this was clearly a delicate balance and two important things happened.

Firstly, his hospital put in a competing offer and secondly, I believe, Suzanne Jackson rang him and advised him against coming here.

Given such behaviour, it should surprise no-one that co-operation between the two hospitals has not been great; it is hard to establish great rapport with a group of colleagues whose motive you know is to destroy your service.

It has also become increasingly obvious that delay was very much in the Christchurch interest as the chances of our recruiting and maintaining a viable service diminished rapidly the longer the periods of uncertainty, locum staffing and gaps of service, during which time we were utterly reliant on the Christchurch service.

The Southern DHB has appointed two, and two others were considered appointable and of good calibre.

• While the Otago Daily Times fully supports the need to retain neurosurgeons based in Dunedin, this article has been supplied by, and expresses the specific views of, Mr Hunter.