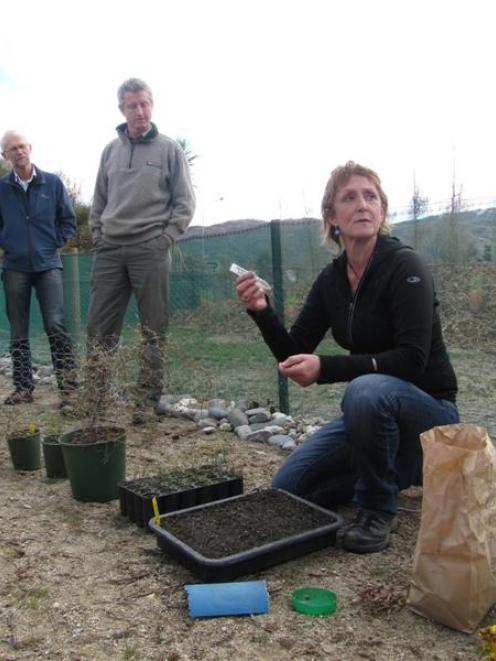 The scheme was officially launched at the Otago Conservation Awards in Cromwell on Thursday night and will be followed by a series of related events in different Otago regions.

Yesterday afternoon about 50 people gathered at the Clyde end of the Otago Central Rail Trail, to hear about Doc's plans for the scheme.

After a short speech by Doc Central Otago area manager Mike Tubbs, Doc Otago botanist John Barkla, who initiated the scheme, talked about his dream to see kowhai once again flourish in Otago.

Mr Barkla said kowhai had fared better than most other native trees in Central Otago, but only small patches and isolated trees remained and they were threatened by old age and pests such as rabbits.

Kowhai was "a hugely important seasonal food source for nectar feeders like the tui" and an increase in the number of trees would attract these and other native birds, such as bellbirds and wood pigeons, he said.

The project aims for mass plantings of kowhai in parks, reserves, school grounds, backyards and farms and along tracks.

Mr Barkla said Doc hoped to plant the trees along the rail trail as well.

Next Sunday afternoon kowhai will be planted as part of the Living Legends Muck-in at the Orokonui Scenic Reserve in Dunedin.