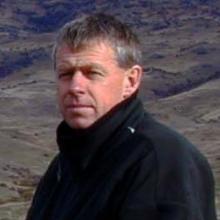 Tony Lepper
Pay rates for Central Otago District councillors and the mayor were approved without comment this week but mileage allowances were labelled "a crock".

The council adopted an allocation model for the elected members remuneration pool at its December meeting. It was told the Remuneration Authority had agreed to a pool figure of $224,618 and $77,600 for Mayor Tony Lepper.

Mr Lepper's salary was adjusted for the private use of the mayoral car, which reduced the cash value of his salary to $73,495.

Council accountant Andrew Griffiths said under the council's expenses and allowances policy, a mileage allowance of 70c/km was paid, with a maximum payment to any councillor for 5000km in a year.

The authority said it would pay each kilometre above that figure at a rate of 35c/km.

Council corporate services manager Susan Finlay said under the authority's rules, mileage payments only began after councillors had travelled 30km on any journey.

That was seen as the distance "to and from work" most people would travel.

"That's just a crock. Councils like ours are spread far and wide," Cr Neil Gillespie said.

Councillors like Barry Becker, who lived the furthest from the meeting venue in Alexandra, were penalised by that policy.

"I've a good mind to claim my mileage allowance, that I haven't claimed up until now, and give it to Barry," he said.