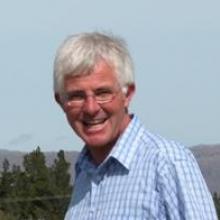 Doug White
Clyde Primary School is likely to start declining enrolments from outside its zone from July, when the school roll reaches its capacity of 156.

The school adopted a zoning policy for the first time this March after the Ministry of Education approved the proposal late last year.

Principal Doug White said so far the school had been able to take enrolments from pupils both inside and outside the zone boundaries, although that was likely to change.

"From the end of term two, we will probably have to close our doors to new enrolments from pupils living outside the zone. Unless we have pupils leave, there will be no room for those children," he said.

Mr White said the school roll had gradually grown this year as residential building developments in Clyde increased and more families were moving to the town.

He said the school was able to accept new enrolments from people within the zone boundary, even if it was at capacity.

"That will enable us to have a case for the Government to provide us with more classrooms. They don't want to spend money on giving us classrooms when there is room for pupils at other schools nearby, which prompted the zone in the first place," Mr White said.

The school's board of trustees is required by the Government to review the zoning scheme each year and Mr White said it was also discussed at monthly meetings.

This is the first time the school has been made to comply with zoning.

Boundaries include the Clyde township and roughly half of all land between Clyde and Alexandra.