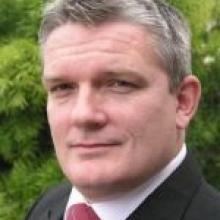 The Aspire Scholarships programme, which was announced on September 16, provides up to $16,500 a year for pupils from low-income families to attend private secondary schools.

Mr Heron received a letter from Mrs Roy asking him to support the scheme and encourage Maniototo Area School pupils to apply for scholarships.

"It seems bizarre that we are struggling to fundraise to make ends meet and the Government is asking us to encourage our students to leave halfway through their schooling to go to the private sector. This scheme is neither serving our school or community fairly, and seems an unfair removal of $2.6 million per year from the state sector into the independent one," he said.

Scholarships will cover a pupil's fees of up to $15,000 a year at a private school, plus a yearly allowance of up to $1500 for costs such as uniforms and school trips.

"I am writing to seek your support for this programme. You may have year 8 students in your school who are interested... I encourage you to support them with their applications.

"Before agreeing to any application, the ministry will probably seek your views as a referee for the student. Please fell free to . . . refer interested families to the ministry for information and application details," Mrs Roy's letter stated.

When contacted by the Otago Daily Times yesterday, Mrs Roy said the letter targeted primary schools, and was sent to some area schools which offered both primary and secondary education.

She said principals were the ideal people to recommend children for scholarships, as they knew which pupils would benefit from private education.

"This is about letting everyone know what's going on and providing choices," she said.

Mrs Roy said by spending $2.6 million to have more pupils in the private education sector, the Government actually saved money it would otherwise have to spend to accommodate those pupils in the state sector.

She said state education was also allocated far more money by the Government in general.

"Rather than being a small drain on the state sector, it's a huge saving," she said.