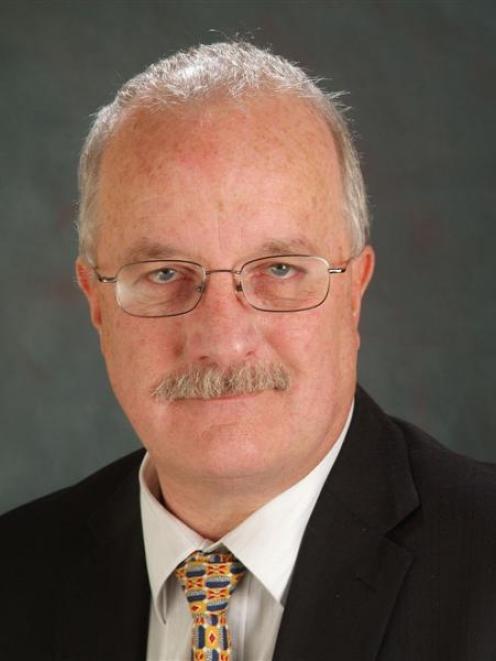 Charles Hakkaart.
The Clutha District Council has spent $21,893.67 on its single credit card in the past two years.

The figures were released under the Official Information Act after the Otago Daily Times requested the credit-card details from July 2008 to June 2010.

About three-quarters of the spending, with a combined total of $16,466.08, was on accommodation, flights, food and drink, including $2094.50 on a dinner at Bacchus restaurant and wine bar, in Dunedin, last year, which was reimbursed by councillors.

Chief executive Charles Hakkaart said while the credit card was kept in his wallet, anyone else in the organisation could use it.

It was not used very often, and in most cases, the purchase had been pre-approved by the relevant department manager, he said.

His transactions were approved by Clutha Mayor Juno Hayes.

Mr Hakkaart said he had not tallied up the council's spending over the past two years, and when told the total by the Otago Daily Times, said it was a lot less than other councils had spent.

The card was mainly used for purchasing things over the internet, such as computer equipment ($620, Mighty Ape), DVDs and manuals for staff training ($325.68, Paypal), and airline flights, he said.

Airline tickets from Vincent George House of Travel were purchased for Mayor Hayes' trip to the New Zealand Expo in Shanghai, China, earlier this year. That trip was approved by a full council meeting.

Mr Hakkaart said the council invoiced the cost of the meals at Bacchus on August 11 last year back to each councillor.

Other food expenses included $118.50 at the Lake Waihola Cafe on November 13, 2008, where three managers and "a couple of councillors" had lunch while involved in a subdivision hearing.

Mr Hakkaart said he attended a three-day Society of Local Government Managers meeting each year, and the charges included registration and booking fees.

A local government zone meeting was held in Wellington, and a charge of $395.50 was made at the Brentwood Hotel on August 4.

One of the council's engineering staff attended Ingenium in Thames on August 15 at a cost of $799.

A busload of councillors and employees travelled between Invercargill, Queenstown, Wanaka, Dunedin, Oamaru and Timaru in two days, spending the night at the Wanaka resort.

"It was a coincidence that it all happened in one month," Mr Hakkaart said.