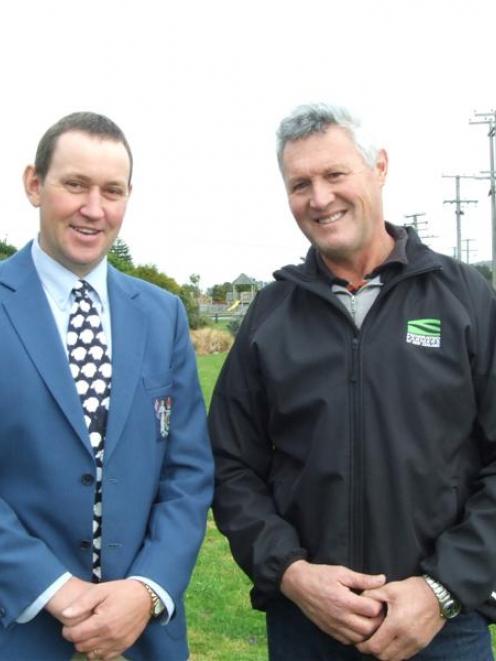 Otago Federated Farmers gave $5000 to the neurosurgery campaign from its charitable trust, and the Owaka Lions Club raised more than $4000.

Otago Federated Farmers president Steven Korteweg said the group wanted to support a good cause, especially one so important to everyone in the community.

"Everybody has a top two inches; the brain is a very sensitive part of the body. Everybody knows of someone who has needed neurological services."

The Owaka Lions Club raised $4134 from a battery drive, which secretary Wilson Wylie said was organised by members John Burgess and Kevin Thompson.

"The battery collection was well received with 406 batteries.

The support from the Owaka community has been phenomenal. One fellow had about 20 batteries lying around his place.

Thanks to everyone who donated their old batteries," Mr Wylie said.

He said another battery collection had already begun, with proceeds also going to the campaign.

"The rural communities have really got behind this - it's been fantastic from organisations like this who have already done the fundraising for us."

The campaign to secure a world-class neurosurgery research and teaching centre for Dunedin was launched in January. Funds raised will be used for the Neurological Foundation Chair in Neurosurgery and New Zealand's first academic neurosurgery unit, to be based at the University of Otago.

The professor's time will be divided between the university and working as a neurosurgeon at Dunedin Hospital.

The Otago Daily Times, the Southland Times and ANZ/National Bank are supporting the campaign.