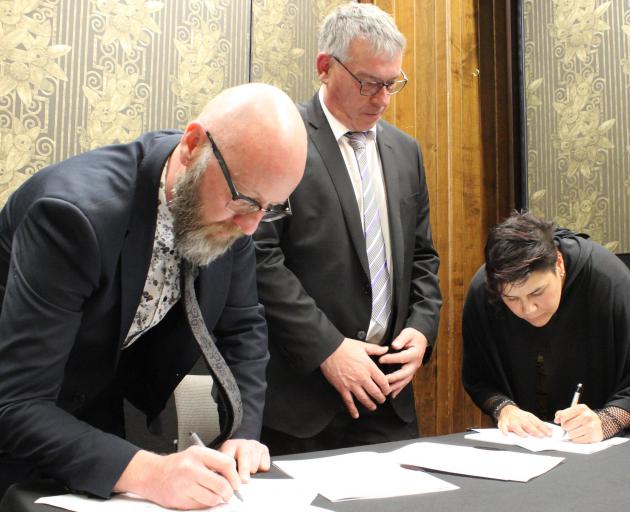 Te Hau o Te Ora (the breath of new life) will be a whanau-centred model of primary care services aimed at supporting unenrolled patients, especially Maori, within the community.

It will focus on delivering services similar to those provided by general practice and mana whenua-mandated Maori health providers.

"There were a lot of things closing, the freezing works were closing.

"I remember about that time the aunties were around the tables saying ‘What can we do for our people?’."

She said the weight of responsibility to achieve a vision for oranga whanau (family life) continued to be the motivation to determine not only equitable outcomes for whanau Maori, but also achieve, through relationships, hauora (health) for all Murihiku communities.

Hokonui Runanga executive co-ordinator Terry Nicholas said the partnership was important for increasing access to primary care in the city and region for unenrolled patients.

"This has potential to make a genuine difference to health outcomes in the city.

"I am very hopeful of change."

WellSouth chief executive Andrew Swanson-Dobbs said the set-up of Te Hau o Te Ora was not replacing the primary care services already being delivered in the community — rather, it would complement them.

Each partner would be contributing equal financial resources to invest in health delivery in the community.

"This is a truly equitable partnership based on a shared vision that co-operation and collaboration in a locality is the way of the future."

When they had been successful in the recruitment of doctors, nurses and other staff, the practice would open, he said.

Once a model for delivery of care had been developed, they would look at designing a space it could be delivered from.

Until then, it would be based at the WellSouth offices in Clyde St.

There needed to be equity of access to healthcare for all Pasifika and Maori and applauded the collaboration of entities in the partnership.