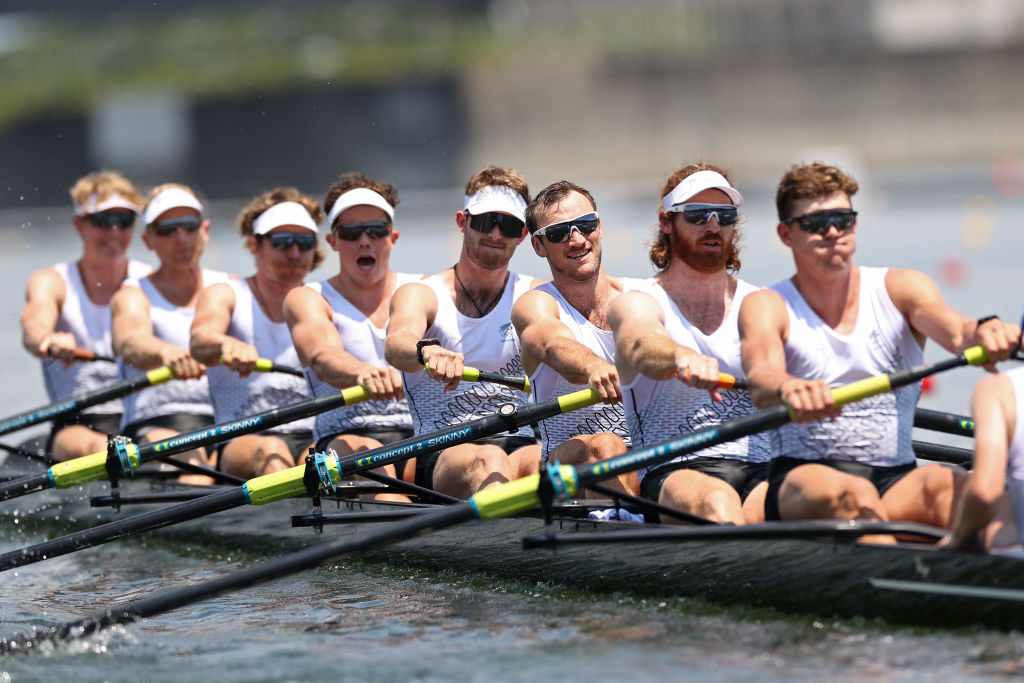 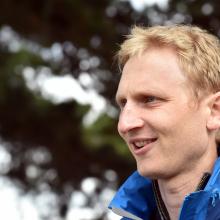 Hamish Bond. File photo
The men's eight took out a famous victory, finishing with a time of 5:24.64, 0.96 seconds ahead of Germany with Great Britain claiming the bronze.

In a thrilling race, the Kiwis started strong and took charge from the second 500m, holding off the Germans and Brits at the end.

It was a historic win for Hamish Bond, who collects his third Olympic gold medal - the first New Zealander to win a gold medal at three successive Games.

Bond also won gold in London and Rio with Eric Murray in the coxless pairs.

He could be joined by Lisa Carrington at this same stretch of water next week. With three, he sits one behind Ian Ferguson's record tally and alongside the legendary Peter Snell and Paul MacDonald.

Bond admitted he wasn't convinced the team, who qualified for the Games last-minute and were forced to advance via a repechage race, could do it.

"I knew that this week we really established a rhythm of how we want to row and we made a conscious decision early in the week, basically we were going to live by that rhythm or die by that rhythm."

Their belief gradually grew throughout the campaign, with the team taking inspiration from the women's eight - who narrowly missed out on a gold medal of their own.

"We had shown potential throughout the year and started to believe more and more that we were capable of pulling it off. To have done it with these guys...unreal. Some of these guys, 20, 21, to turn up to an Olympic final – Dan (Williamson)'s never even been to a senior regatta. To turn up to an Olympic final and win a medal, I'm so proud of everyone's efforts throughout the year," Bond said.

"And also of the whole team. The women's team have been our benchmark for the whole year. Obviously, being away tucked down in New Zealand we haven't had that international racing, but we've been comparing ourselves to that women's crew for the whole 12 months – if we could get up to their benchmark, we were going to be in with a shout.

"So maximum respect to them and Kerri [Gowler] and Grace [Prendergast]. The perseverance of Emma Twigg, she came into the squad the same time as me, for her to overcome that adversity – two fourth places – and to come back from that to win a gold medal, I'm just so pleased for her."