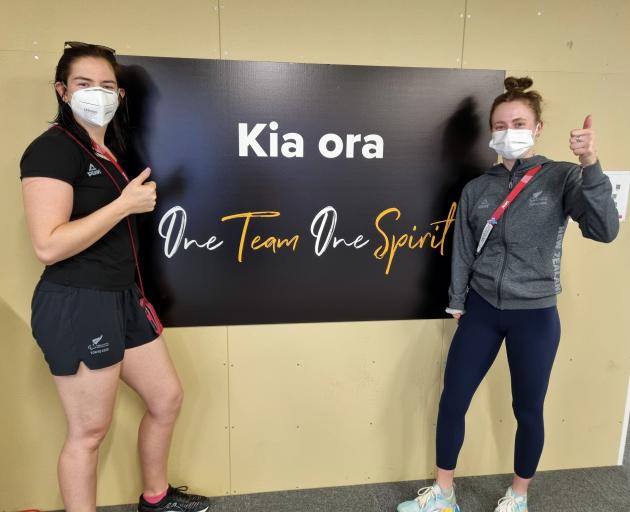 Two gold medals are a strong possibility — but let’s not get ahead of ourselves.

A five-year wait will end for Anna Grimaldi and Holly Robinson, both of Dunedin, at the Tokyo Paralympics.

Both will defend the medals they won in Rio.

The 24-year-old has overcome much adversity since jumping a 21cm personal best to win a surprise gold medal in Rio.

A stress fracture in her foot and 18 months of rehabilitation after the 2017 world championships left her unsure if she would even make it to Tokyo.

It was only last summer that she reached the heights of her Rio jump again.

She now has a personal best of 5.91m — 29cm further than her gold medal-winning jump — and regularly surpassed 5.70m last season.

A gold medal would mark an incredible comeback for her.

For Robinson, it would be the pinnacle of an already accomplished career.

The 26-year-old has broken the F46 javelin world record twice — holding the current mark of 45.73m — and has six major world meeting medals to her name.

A gold has eluded her, though.

Even a world-record throw at the 2018 Commonwealth Games was not enough to secure top spot on the podium.

Arnold will likely be Robinson’s biggest competition again when the competition begins at 10.28pm (NZ time), although a handful of promising youngsters have emerged.

A gold medal is well within her reach, as it is Grimaldi’s.

But two medals would certainly suffice.