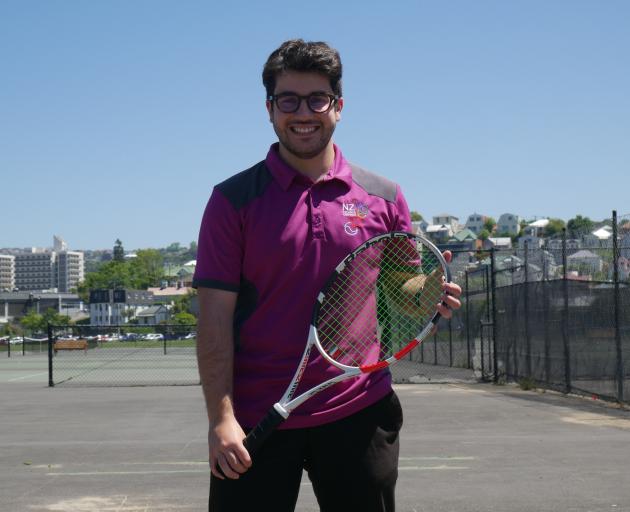 At 21 years old, Alessandro Pezzuto is the youngest member of the Tennis Otago board.

He joined earlier in the year after spending years at tennis courts coaching, umpiring and volunteering.

While he admits some of the technical financial jargon goes over his head, he hopes to bring a fresh perspective to the board and help grow the sport.

Pezzuto started playing when he lived in Queenstown.

He and his family moved to Dunedin when he was 13 years old, and he joined the King’s High School interclub team.

While he had always played tennis, his main focus was sailing.

But, when people moved away and there was no longer a fleet for him, he jumped back to tennis.

"Gradually, tennis started taking over and became my number one sport."

Under the guidance of now board members Ahmad Abdul-Rahman and Fraser Richardson, he started volunteering at events.

This often included getting cans of balls to pupils and organising score cards, but the roles grew over time.

This year, he was the Etrusco Otago Open tournament director.

At present, he coaches at the Andersons Bay club, and has also done stints at Mornington-Roslyn and Balmacewen.

Mostly, he coaches children aged between 4 and 14.

"I quite like working with the little ones and getting them up to the level they want to be.

"We play the games, work on the technique.

"They’ve got the passion and enthusiasm, which is what I like."

Pezzuto enjoyed the ease of playing tennis, especially as it could be worked in around his University of Otago timetable.

"With tennis you can pick up a racquet, pick up a can of balls and you play.

"I wanted to be able to facilitate certain events that would help other people to enjoy it as well."

Richardson said Pezzuto was an enthusiastic member of the tennis community.