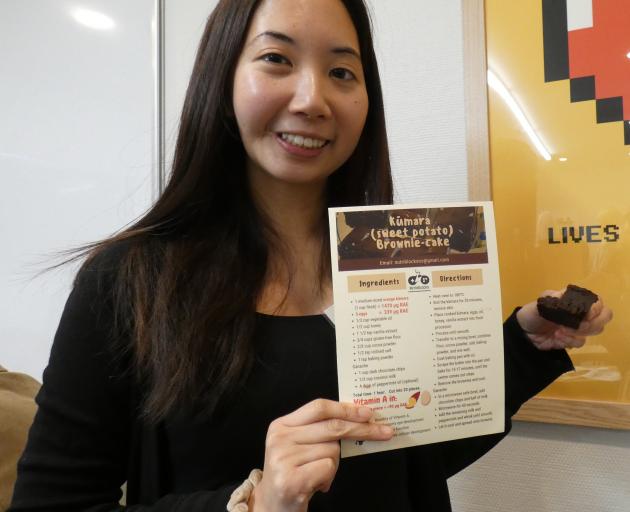 Nutriblock founder Claudia Leong is tackling childhood obesity with games and fun information for children.PHOTOS: SIMON HENDERSON
You don’t need to be in Silicon Valley to build the next startup.

A mini showcase event organised by Startup Dunedin was a chance for six local entrepreneurs to pitch bold ideas and big dreams.

"What we propose to do is basically build technologies to predict depression."

They were developing an app that could access a range of inputs to collect behavioural data.

These were run through algorithms to derive a prediction on the likelihood of developing mental health issues.

Other wellness apps would ask someone how they felt before giving an analysis. Instead his app detected issues well in advance. 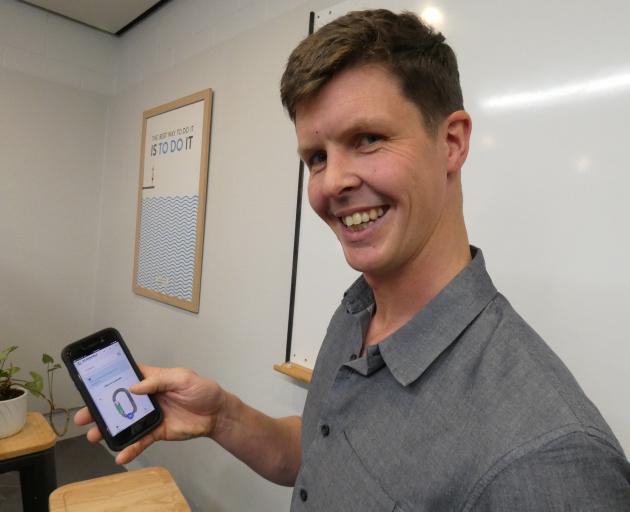 Scannable founder Robert Partridge shows how his app could help make life easier for equipment companies.
"So it doesn’t rely on you to know how you are feeling," Mr Dahlberg said.

Cheeky Tea co-founders Olivier Despatis and Brendan Yielder have had a busy year since they came up with their alcoholic iced tea beverage during lockdown.

Two University of Otago students began simply, including hand packing their drink cans with the help of their flatmates.

Since their soft launch last December they had generated about $150,000 in revenue and their products were sold at about 200 stores nationwide.

Chive co-founders Stephen Johnson and Alice Marsh presented their pitch via video as they were out of town getting married.

Their concept was a digital marketplace for charities, more than 160 of which were already listed on their platform.

TrackABus co-founder Christopher Mein said their operation began in 2014 on the simple premise of asking the question why Dunedin did not have a real-time tracking system for buses.

The company was now delivering automatic systems in cities including Nelson, Blenheim, Invercargill, Queenstown and Rotorua as well as Dunedin.

When the Covid-19 Pandemic hit they were faced with the challenge of councils who were running limited services and had budgets decimated, but with the help of mentorship organised by Startup Dunedin were working through other solutions, Mr Mein said.

"We are really proud of what we have achieved."

Nutriblock founder Claudia Leong said her company was developing games for primary-aged children that would help them learn how to make better nutrition choices.

By bringing together game developers, nutritionists, and educators, she aimed to tackle childhood obesity and make nutrition knowledge fun for kids.

"The problem that Scannable sets out to solve is that equipment owners need to populate all of their asset management platforms with the compliance documents," Mr Partridge said.

Scannable was able to link equipment with its associated data, making it easier for companies, he said.