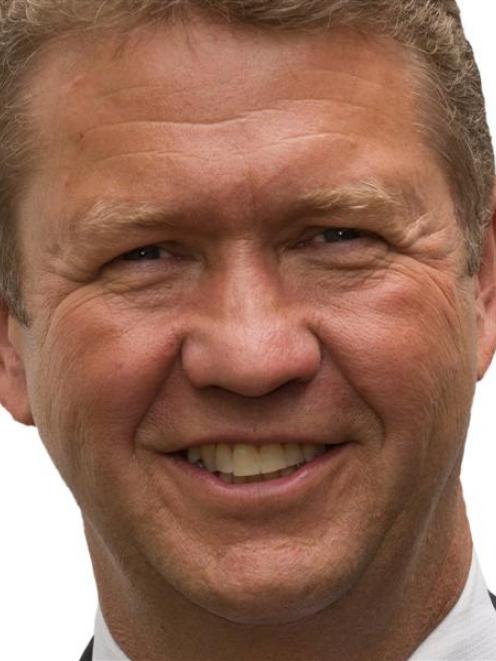 David Cunliffe.
The Government had a vendetta against Dunedin, Labour Party leader David Cunliffe said in an interview in the city yesterday.

He could find no other reason for the ''callous attacks'' on Dunedin institutions such as the possible downgrading of AgResearch's Invermay facility and the closure of the former KiwiRail Hillside Workshops.

''Dunedin is facing severe cutbacks by the current Government. Labour has a huge focus on regional development and Dunedin is a high priority for us,'' he said.

Immigration Minister and Dunedin-based list MP Michael Woodhouse said Mr Cunliffe's comments were empty rhetoric and he should explain to Dunedin and other taxpayers what he would have done differently regarding Hillside and Invermay.

''I remain concerned about the possible effect of the Invermay scientists moving out of Dunedin and am working hard for the best outcome we can achieve for us and the private sector. Mr Cunliffe needs to tell us what he would do differently.''

Mr Woodhouse described as ''nonsense'' the claim the Government had a vendetta against Dunedin. The Government had supported investment into an ''excellent'' transport programme, Forsyth Barr Stadium, increased funding for the University of Otago and Otago Polytechnic - both of which were doing well - and funded 160 extra doctor and nurse positions at Dunedin Hospital.

Keeping Hillside open would have required a $150 million subsidy from taxpayers, he said.

Mr Cunliffe led the Labour shadow cabinet to Dunedin yesterday and launched a health policy aimed at the area covered by the Southern District Health Board.

The southern board, along with Waikato, would receive an urgent roll-out of a bowel cancer-testing programme aimed at preventing deaths in the two areas of New Zealand with the highest death rate from the disease.

Mr Cunliffe said bringing the shadow cabinet to Dunedin was a show of support for the city he believed had been hurt by Government policies over the past six years.

In 2011, National won the party vote in South Dunedin, something Labour cannot let happen again, if it wants to form the next government.

Labour would soon launch more of its ''Economic Upgrade'' policy, aimed at the business community.

The policy aimed at providing better jobs and higher wages for New Zealanders.

Recently, Mr Cunliffe had launched the framework of the policy, followed by a forestry policy aimed at attracting to the sector investment, industry development and innovation.

''This will be of specific interest to Dunedin South, which still has a heavy manufacturing heart.''

Dunedin North MP David Clark, who is the party's small business spokesman, was on a nationwide tour formulating a policy to help support the sector, Mr Cunliffe said.

Before Budget 2014 next month, Labour would paint a clear contrast between itself and National.

In particular, Mr Cunliffe and his team would focus on how the Government accounted for its ''paper-thin surplus'' when there was a nearly $1 billion hole in the forecast tax take.

''There is a bigger question to answer than the Government reaching fiscal balance. We, too, want the books to be in black but it is not the complete solution.''

With dairy prices at record highs, confidence remained high. However, the strong exchange rate was hurting manufacturing exporters, he said.

''We need to improve our savings regime so there is not so much importance placed on property, strengthen the domestic finance sector and clamp down on tax avoidance through trusts and company structures.

''In the current Government, Bill English is not Finance Minister - just the accountant-in-chief. Bean-counting is his only job.''

Asked how he intended countering the raft of good news flowing from the economy at present, including continual surveys pointing to soaring business and consumer confidence, Mr Cunliffe said Labour, like most New Zealanders, would celebrate the good times.

Unfortunately, some New Zealanders were missing out.

''The 20-year highs in dairy prices are starting to come off. You can see that in the GlobalDairyTrade auctions. Lower prices have not yet flowed through into the payouts. There is a risk in putting all your cows in one basket.''