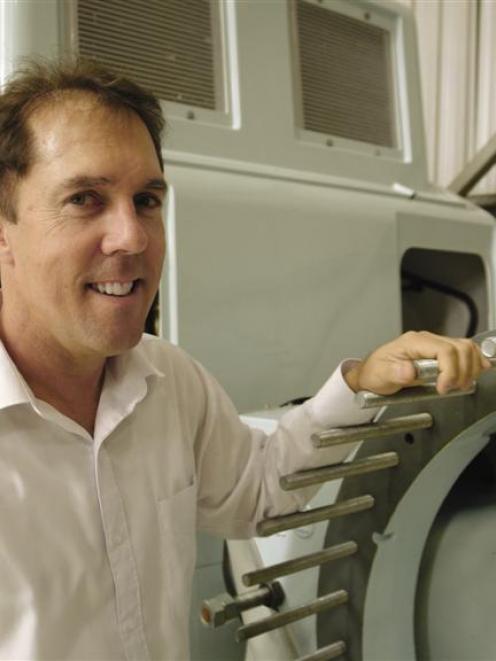 The company is debt-free and will use the cash to fund expansion opportunities, particularly in the United Kingdom.

Behind the scenes, the company appears to be on a major breakthrough in Scotland after an opportunity to sell the New Zealand-made turbines came "right out of the blue".

UK landowners receive incentives to install the turbines in their paddocks. The cost for each machine is about 800,000 ($NZ1.63 million), but the payback period is relatively short at three to four years, meaning that the farmers own the turbines and the power they produce outright after four years.

There was a 20-year guarantee for the incentive scheme from the UK Government but was being reviewed for landowners in April 2013, which was creating demand for the turbines now, Mr Henderson said. 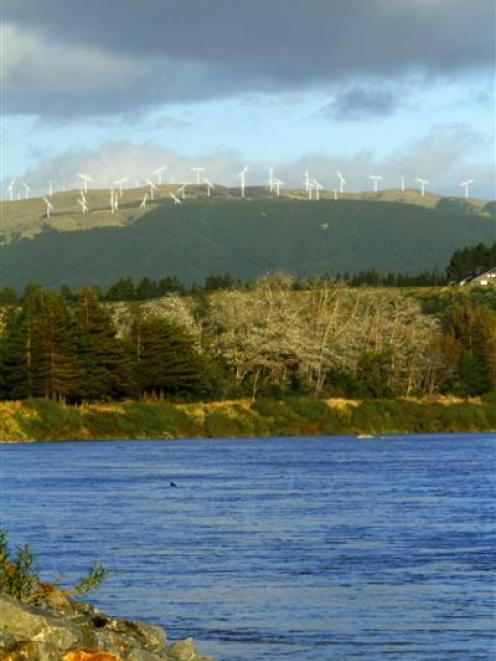 Windflow Technology turbines generate power at the Te Rere Hau wind farm near Palmerston North.
"You can see why it has such appeal. The deal runs for 20 years. Landowners are looking for turbines now to install and we are well-placed to supply the market.

"It's ironic, but I have come full circle. The two-blade turbine comes from my experience with two-blades in the UK in the early 1990s."

One of the advantages for Windflow was that it was one of the few manufacturers of 500kW turbines in the world, he said.

Because there were no incentives in New Zealand, such as tariffs, Windflow had to compete on price and efficiency.

Windflow also made lightweight turbines with a long life.

The IEC was a non-governmental international standards organisation. Gaining that approval was key to getting a foothold into the UK market.

Mr Henderson left New Zealand in 1984 to gain overseas experience on wind farms. His first stop was in California, working on a wind farm with 270 turbines, most of them three-blades.

After two years, he moved to the UK.

In California, he worked on the design side of the industry, and in the UK, he was involved in research and development.

After working on three-blade turbines for so long, the suggestion a two-blade machine could be even more efficient sounded a foreign concept to Mr Henderson. But as the research developed, he became a convert as the turbines' payload increased and their weight decreased.

While in the UK, he invented a gearbox which extended the life of the turbines.

Some of the turbines he helped design in the UK are still working 24 years later.

"I came back to New Zealand and found I had invented a better `mousetrap', but I stuck to my guns. Now, we have proven performance."

Scotland became a logical choice for Windflow because of Mr Henderson's earlier experience.

Ventus Green Energy was appointed the exclusive distributor of Windflow turbines in the UK. Ventus had a proven sales model and was already working in the south of Scotland with the farming community having sold 40 small turbines to farmers.

"Ventus was offering a one-stop shop - servicing the turbines is very easy for the farmers."

One of the Windflow team had moved to work for Ventus to drive the project from within and the company was expanding its planning team, he said.

Ventus also had minimum order targets of 96 turbines annually, higher than the current business plan, which allowed for 60 a year.

Asked if Windflow could cope with increased orders, Mr Henderson said the Christchurch factory was built to produce 240 turbines a year, although it would take time to build up to that sort of assembly.

Scotland is the windiest part of the UK, with wide open spaces facing the Irish Sea providing a good wind resource. Of the 370 inquiries about the turbines so far, most of them were from Scotland.

The Government guarantee was also providing Scottish landowners with peace of mind that if they bought a turbine, they would have a fixed return for 20 years.

One of the obstacles to overcome was planning permission, but he was confident the 500kW turbine would meet local government requirements through its IEC approval.

There did not have to be a full environmental impact statement in the UK.

"Having lived in the UK, I am cautious about that part of the process but am optimistic we will come through really easily."

One reason for his confidence came from the UK Government providing the feed-in-tariff and helping reduce local council concerns about the visual impact.

A single turbine in a paddock did not have much environmental impact, especially on the rugged coast of south Scotland.

Windflow had received both New Zealand and UK government support for its export plans.

The business plan had been accepted by the New Zealand Export Credit Office and the credit office and the BNZ had offered to provide 100% advance payment guarantees for the first 20 turbines - about $20 million.

The UK Trade and Industry Board had selected Windflow as the New Zealand winner of a business competition for fast-track support for UK market entry.

The United States was the next big export opportunity after the UK, Mr Henderson said.

UNITED KINGDOM
• The UK Government introduced feed-in tariffs in April to encourage small-scale, low-carbon electricity generation.
• Wind projects between 100kW and 500kW using new turbines are guaranteed a payment for electricity they generate for 20 years and in addition will be offered a minimum take rate for any electricity exported to the grid. Both tariffs are adjusted annually for inflation.