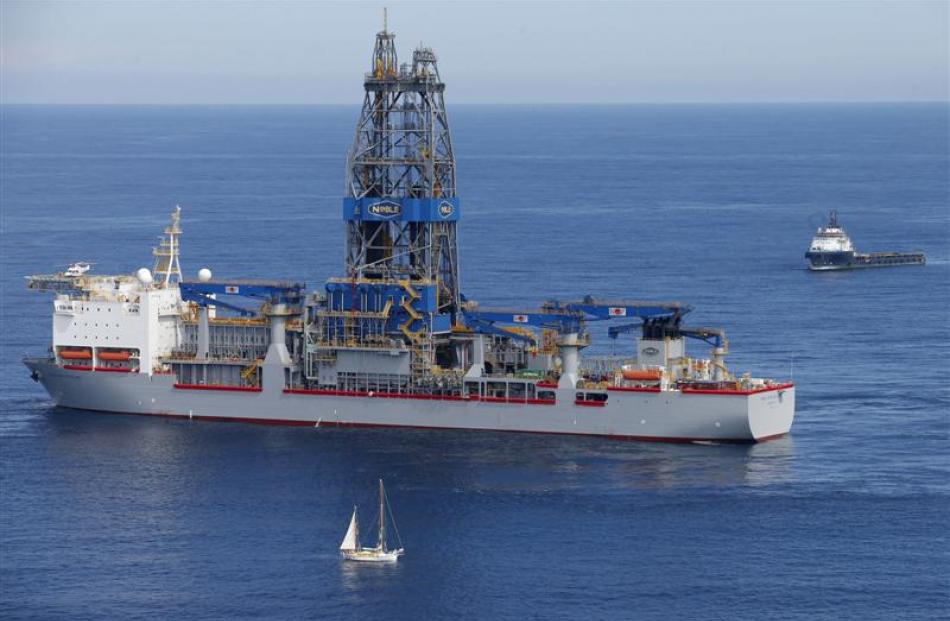 ''I'm most offended these people can sit in the harbour, ignoring the 150 years of history and how the port has contributed to the growth of the region. When you consider what has come and gone from the harbour in that time, you see just how important it is to our economic growth and jobs.

''Our forefathers would be turning in their graves if they were aware of what is happening now. This group calls themselves Oil Free Otago, but this isn't even oil we are talking about - it's gas.

''Who are they to loftily assess, on all our behalf, what is `ethical' and what isn't? If you put that bar across all local enterprise and say that the current fuel we all still use to fill up our cars and ships is somehow unethical, you'd stop most of the remaining industry that flows through the port.

''There is no logic in their argument. They are extremists, seeking to sabotage Dunedin's economic wellbeing. The silent majority in Dunedin needs now to be equally vocal to prevent them from claiming to represent the views of the rest of us,'' Mr McIntyre said in an interview.

He was ''quietly confident'' the majority of Dunedin people would agree the welcome mat should be rolled out and everyone needed to do their best to make Anadarko and Shell welcome when they arrived.

Otherwise, what cold comfort it would be if Invercargill secured the base.

Oil Free Otago spokeswoman Niamh O'Flynn said on Sunday the ''rapid response'' team was established during the Oil Free Future seminar in Dunedin at the weekend.

She hinted it may be used to block the shipping lane in Otago Harbour to stop Anadarko vessels from using Dunedin as a servicing port.

The flotilla could also be rallied in the open waters around Otago's coastline as part of its resistance to the petroleum giant.

Mr McIntyre said it was time for Dunedin's ''silent majority'' to get off their backsides and show their collective approval for the arrival of Anadarko and Shell.

''For the city to proceed, we must pursue these opportunities. We are not in a position to argue. We are right on the edge of being called a city or a town,'' he said.

The Green Party has refused an Official Information Act request by the Otago Daily Times on what it cost for the party energy spokesman Gareth Hughes to fly to Dunedin and back to Wellington to take part in the Oil Free Future seminar.

The ODT asked for the flight costs, any associated land transport costs, accommodation costs, if any, and any meal, drink or other costs which could be charged by the MP to his parliamentary expenses budget.

A party spokesman said it would become ''a bit problematic'' responding to individual expenses inquiries.

Parliamentary rules required MPs to report quarterly, in a public way, on expenses and responding to the ODT request would set a precedent.