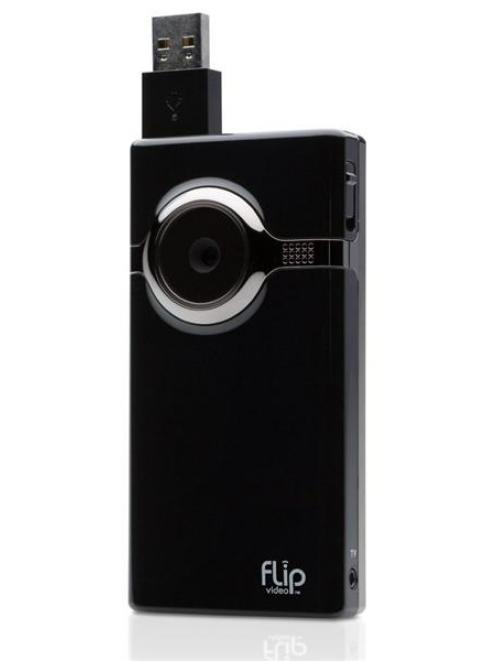 If sharing footage online is a priority, it's difficult to beat a Flip camera. Some even include simple, built-in software to edit and upload footage.
Not so long ago, cameras and camcorders lived as separate species.

But while digital cameras still take better photos than camcorders and camcorders still shoot better video than cameras, the differences between them have shrunk to the point where many people can and should do fine with just a camera.

Starting with that assumption, look for a few key features in a pocket-size digital camera.

Third, try to get the smallest model you can find that takes AA batteries.

What about megapixels of resolution, the traditional measure of a camera? It no longer matters - they all offer more than enough resolution to saturate an 8-by-10 print.

After that, look for a zoom lens that offers both good telephoto reach (5x is the upper limit on most pocketable models) and, if possible, a wide-angle option.

If you hate complexity, get a point-and-shoot camera with an automatic mode-selection feature that will, for instance, switch to macro focus for close-up subjects.

If, however, you'd like to retain manual control of such things as exposure and aperture, you'll have few choices among pocket-size models.

Bigger "ultrazoom" cameras and bulky digital single-lens-reflex units should all allow that flexibility but cost more.

As for video, if sharing footage online at YouTube or other sites is a priority, it's difficult to beat Flip cameras.

Some even include simple, built-in software to edit and upload footage (although the Apple iPhone 3GS's video software is even easier, since it doesn't require a separate computer).

You do sacrifice some video quality with digital cameras and Flip-style video cameras.

For footage you'd recognise as high-definition, look at higher-end camcorders.

One that uses SD card storage - not recordable DVDs, an internal hard drive or tape - will let you easily dump your footage on a computer and clean it up in a program, such as Apple's iMovie or Microsoft's Windows Live Movie Maker.