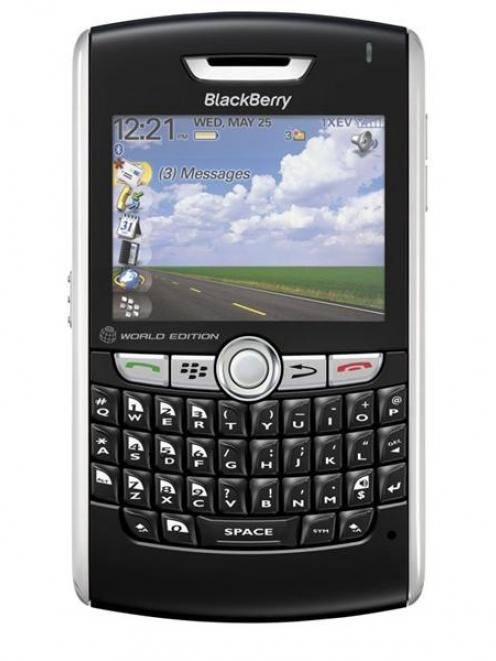 Is technology robbing humans of the ability to connect to their environments?
You know you have crossed the river into Cyberland when the guy coming your way has his head buried in the hand-held screen.

He will knock into you unless you get out of his way, and don't expect an apology.

It's as if you aren't there.

Maybe you're not. Technology has drawn us into our interconnected webs, in the office, on the street, on the park bench, to the point that we exist virtually everywhere except in the physical world.

Robert Harrison, a professor of Italian literature at Stanford University, laments that when students pass through the school's visually stimulating campus, iPhones, BlackBerrys and all the evolving devices and applications draw them into their blinkered personal realms.

"Most of the groves, courtyards, gardens, fountains, artworks, open spaces and architectural complexes have disappeared behind a cloaking device, it would seem," he writes in his book Gardens: An Essay on the Human Condition. This retreat from the natural world is most evident in the young, but it is not a generational phenomenon, he argues.

Instead, the ubiquity of the computer is changing the very essence of the human animal.

We are in the midst of a historical change in "our mode of vision", he says, "which is bound up with our mode of being."

According to a recent landmark study of viewing habits, adults spend an average of nearly three hours a day interacting with computer screens.

Add TV viewing and you get a screen time of about 8 hours.

"People are spending more time in media and especially screen media than anything else they're doing in life," says Bill Moult, of Sequent Partners, one of two organisations that provided the study.

But you don't need numbers to know how absorbed we have become by screens and their mesmerising qualities.

In October, two Northwest Airlines pilots who flew a passenger jet 240km past their destination told investigators they were distracted by their laptop computers.

Walk down city streets and you will see many people plugged into a two-dimensional world.

Peer into the vehicles, and tally a scary number of drivers on hand-held cellphones, even texting.

We have become digital zombies.

Actually, we have become symbionts, says Katherine Hayles, author of How We Became Posthuman.

Just as a lichen is the marriage of a fungus and an algae, we now live in full partnership with digital technology, which we rely on for the infrastructure of our lives.

"If every computer were to crash tomorrow, it would be catastrophic," she says.

"Millions or billions of people would die.

"That's the condition of being a symbiont."

Hayles is among a number of intellectuals who see this dependence as not necessarily bad, but as advancing civilisation and, above all, just inevitable.

"From Thoreau on, we have had this dream we can withdraw from our technologies and live closer to the natural world, and yet that's not the cultural trajectory that we have followed," says Hayles, a professor of literature at Duke University.

"You could say when humans started to walk upright, we lost touch with the natural world.

We lost an olfactory sense of the world, but obviously bipedalism paid big dividends."

In the computer age, "we are making our environments more responsive to humans' needs and desires than ever before", she says.

Adriana de Souza e Silva, assistant professor of communication at North Carolina State University, says the widespread acceptance of public phoning, texting, surfing and tweeting on mobile devices has changed our lives so that we exist in a duality of the physical and electronic worlds.

"What we are witnessing now is a different kind of public space composed of people who are physically there [but talking to] people who are remote," she says.

She argues that this has actually made us more aware of our surroundings because so many devices are driven by their location and the user's awareness of place.

"The BlackBerry might be looking for a local restaurant and a person two blocks away, not overseas.

If you're walking downtown and you can access information that's been tagged there, that information suddenly becomes part of that location."

The difficulty, Harrison argues, is that we are losing something profoundly human, the capacity to connect deeply to our environments.

Landscape designers talk about bestowing on a garden its genius loci, or spirit of the place, that bubbles up into your consciousness if its presence is strong enough and the visitor meditative enough to receive it.

Harrison says a garden truly reveals itself only when its own depths and those of the beholder flow together.

But that takes time.

"For the gardens to become fully visible in space, they require a temporal horizon that the age makes less and less room for."

He is captivated by the Czech writer Karel Capek, who gave the world the robot concept in his play R. U. R. and in it warned that technology would be our ruination.

But Capek was also a passionate gardener who wrote The Gardener's Year, published in 1929.

He believes gardens hold the key in leading us back into the visible world, because they are three-dimensional and made of living plants that speak to our "biophilia". "Gardens are the best place to begin this re-education," he says.

Without it, he fears that the prophecy of the German poet Rainer Maria Rilke, in his Duino Elegies, will become so.

"Earth, isn't this what you want; invisibly to arise in us?

"Is it not your dream to be someday invisible? Earth! Invisible!"