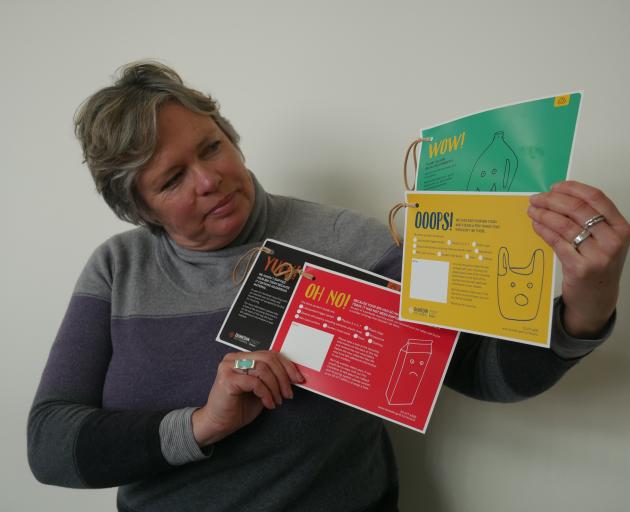 The council will start its "business as usual" recycling inspection on August 24 to remind people about the new rules around recycling.

Changes to the city’s recycling were introduced in July, but council waste and environmental solutions education and promotions officer Cath Gledhill said there was still some confusion.

Yellow-lidded bins are for rigid plastics 1, 2 and 5, tins, cans, aluminium and cardboard and paper. 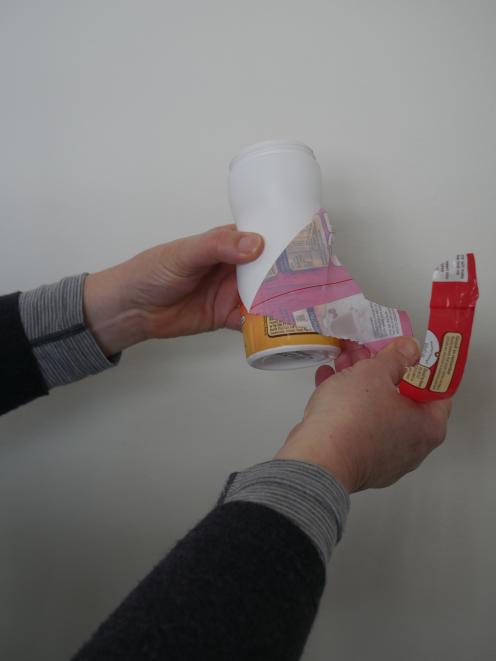 Soft plastic sleeves should be removed from recyclable plastic bottles.

While soft plastic sleeve labels had to be removed from recyclable plastic bottles, adhered labels such as are found on milk bottles did not, she said.

"What we will be doing is reminding people about the changes and we’ll be doing it via feedback notices."

Inspections will run for eight weeks in random parts of the city.

Residents’ bins would be checked when they were put out for collection and be left with a coloured feedback form — either green, yellow, red or black.

A green notice meant they had recycled correctly and yellow showed there a few unwanted items.

Bins with these notices would be emptied.

"We like to say thank you because there are plenty of people who are doing a great job and are very conscious."

A red notice represented many unwanted items, and black was for bins with hazardous materials.

"The level of contamination here is unacceptable."

The council would be taking a "hard line" on those people, and they would not be getting their bins emptied until they sorted it out.

"We will be going back to check.

"We may remove their bin and suspend their service for the yellow-lidded bin."

The recycling rules are confusing.

If the DCC wants people to recycle correctly, an easy-to-understand single page instruction card with a magnet on the back would be really helpful.

It would also be encouraging for the DCC to confirm they're not just dumping our recyclables overseas, but are actually usefully recycling them locally, and creating local jobs. Last time I checked, they were just dumping our plastic waste back to China.

If you really want people to recycle, you need to make the system as user-friendly as possible. Chopping and changing what you can and can't recycle just creates confusion. Also, some of those sleeves on plastic bottles are near enough impossible to remove without considerable work and a tool or two. Therefore, people will just toss them into the general rubbish. I have started doing just that. Previously, I was very happy to recycle them. Also, those of us who are very careful not to put "illicit" materials into our recycling bins are getting just a little bit annoyed with the regular threats emanating from the Civic Centre. Once again, the DCC just fails when it comes to public relations. Actually, the DCC just....fails.