Stepping into a bag lady's shoes 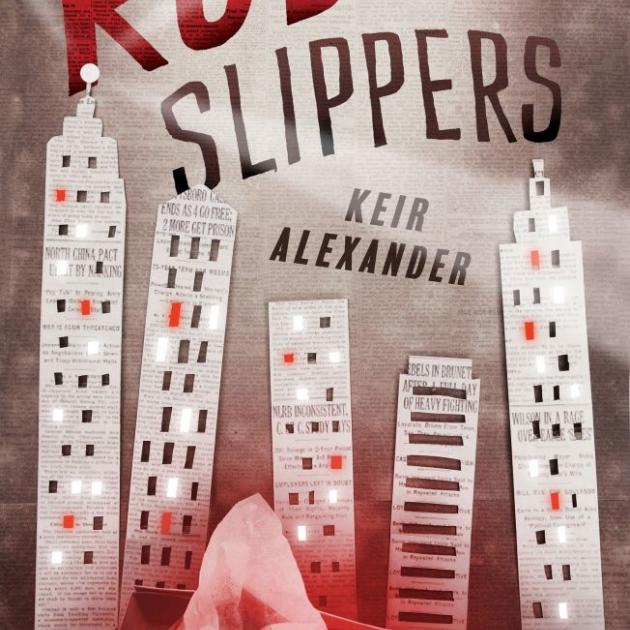 THE RUBY SLIPPERS<br><b>Keir Alexander</b><br><i>Allen & Unwin</i>
''She stinks'' is the first sentence in this book, and she does!

Rosa Petraidis is an old bag lady, originally from Latvia, and her nephew, Michael, has pleaded with her to bathe, and to spend time with his family, but she refuses. He keeps her at bay while her dog Barrell delivers her grocery list, which Michael supplies from his retro grocery shop, Sunrise Deli and Grocery Store.

When she is in hospital after an accident, the dog alerts Michael and he and his wife Grace visit Rosa's apartment, seeing the result of her syllogomania, (compulsive hoarding).

Sorting through this reminds Michael of trawling through rubbish for food, with his father, in prewar Latvia. Among the detritus they find and take with them a box containing ruby slippers, as worn by Judy Garland, according to a note from Rosa, with the hope ''that they may bring some good into your life''.

Several other seemingly independent characters are introduced early on but all have links with Sunrise, as well as with other characters, and these links are gradually revealed as the story unfolds. At one stage, a character is not mentioned for a while. As I wondered how he might fit in, I turned the page and there he was and another link was established. (I had guessed that link, but there are many surprising twists and turns.)

Alexander writes well, getting into the varying headspaces, such as a disillusioned teenage boy, the ageing grocer, a distraught gay man, a small child and even the dog. The action moves at a steady pace and is interspersed with Rosa's story and revelations told in a letter Michael also found in her apartment.

Each character also develops a link with the slippers, which have different meanings for different people. Greed, selfishness and family dynamics all play their parts and all relationships develop and grow. I was left with the feeling that they had all come a long way in resolving issues and accepting others, warts and all, but still had work to do, opening up the possibility of a sequel, maybe based on just one of the characters.

This is Keir Alexander's first novel but he has worked as an actor, film writer and director so he is no stranger to drama.

Although set in New York, the book was published in the United Kingdom, so there are no annoying American spellings.