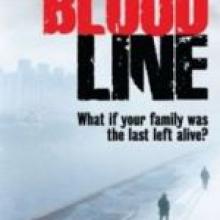 What if your family was the only one left alive?

In his novel Blood Line, New Zealand author Michael Green presents a chilling picture of the long-predicted possibility of a pandemic illness striking the world.

He is a successful computer consultant, professional speaker and keen boatie (his first book, Big Aggie Sails the Gulf, was a comedy based on a character sailing his 20-foot trailer yacht around the Hauraki Gulf).

His second book was the practical Successful Speechmaking (after he had won several prizes in this area, including the BNZ Protectus Cup for oratory and a Toastmasters International A3 humorous speech contest).

With this third effort, Green can add novelist to his list of achievements.

It was first self-published after the writer lost his son to suicide in 1999.

Proceeds from sales were donated to LifeLine Auckland - a special limited edition of 1000 called The Crucial Gene (Bloodline) sold out quickly, resulting in a donation of $10,000.

Now, with a shorter title, Random House (NZ) has published the book, which raises the grim spectre in its subtitle: What if your family was the last left alive?The Chatfield family in Auckland find they have an amazing advantage in a world where a pandemic rapidly rages with no known cure, escalating deaths after the onslaught of the illness, the collapse of public services, and breakdown of law and order into chaos.

The advantage is that they do not seem to be affected by the devastating attack of a virus, even though many of their loved ones are.

Mark Chatfield escapes from official surveillance (caused by his not being affected amid a plane-load of crew and passengers who are dead or dying) to get back to his family, who soon find themselves apparently the only ones left alive in the country.

We find how they scavenge and adapt to a world around them that has died off.

For ultimate survival of the family, and human race, they eventually believe they need to contact other members of their extended family who may carry the gene that must be immune to the virus.

So Mark and his son, Stephen, sail to England on a small yacht.

They find their immune relatives living in a tyrannical system run by one relative, who has set himself and his sons up as Lord of the Manor, ruling by torture and guns over other members of the family, now reduced to being serfs.

The early chapters describing the desperate mayhem of a pandemic that is credible, although far worse than anything we have been told to imagine, are by far the best in the book.

The way a real pandemic could ravage a country, as we know it, is well worth considering - pandemics are still not officially discounted.

This is a compelling but not always pleasant read.

Maybe we should all check our emergency kits? Read this and you may decide to.