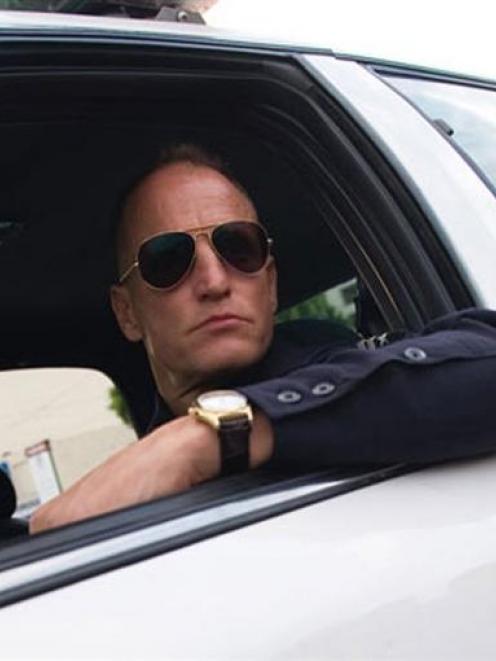 Based on a story by James Ellroy and featuring a cleverly selected cast headed by Woody Harrelson, Rampart (NZIFF) is a raw evaluation of dodgy law enforcement seen through the eyes of a bent cop.

Harrelson is officer Dave Brown, a misogynistic racist with more than a few personal demons to bury. From the confused home life that he shares with his ex-wives (Anne Heche, Cynthia Nixon), Brown buries himself in his police work, the only environment that freely allows him to exercise the control that his megalomaniac character craves.

Cruising the gritty Los Angeles boulevards with scant regard for the law, Brown becomes the poster boy for everything that is wrong with the besieged police department, when he is caught on videotape beating someone to the point of death.

Harrelson's casual approximation of a uniformed sociopath is scarily superb. Displaying scant regard for his department, his superiors, and the casual conquests he seduces in sleazy bars, Harrelson's skill is eliciting sympathy for his hopeless task as the patriarch of a shambolic family.

There are many reasons to not like Rampart, mostly down to Brown's unhinged nastiness and some loose ends that are never dealt with. While it is not for the easily offended, anyone curious to see a great performance that blurs the line between crooked humanity and wilful self-destruction will come away satiated.

Best thing: Woody Harrelson's stony-faced sociopath.
Worst thing: Realising that no matter how bad Brown is, he will only get worse.
See it with: No expectations for that feel-good factor.