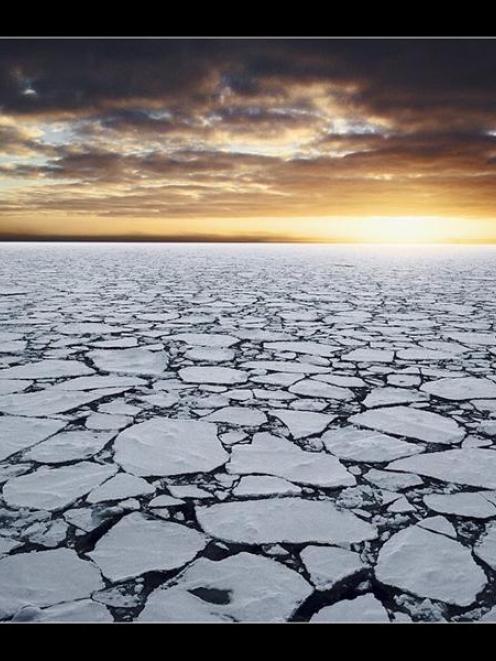 <i>The Last Ocean</i>. Photos supplied.
A campaigning film about fishing in the Ross Sea stars the grotesque toothfish. But it's not really about the fish, reports Tom McKinlay.

The yawning maw of the toothfish allows it to swallow its prey whole.

You learn that watching the documentary The Last Ocean.

It is a diverting fact, but not central to the film. 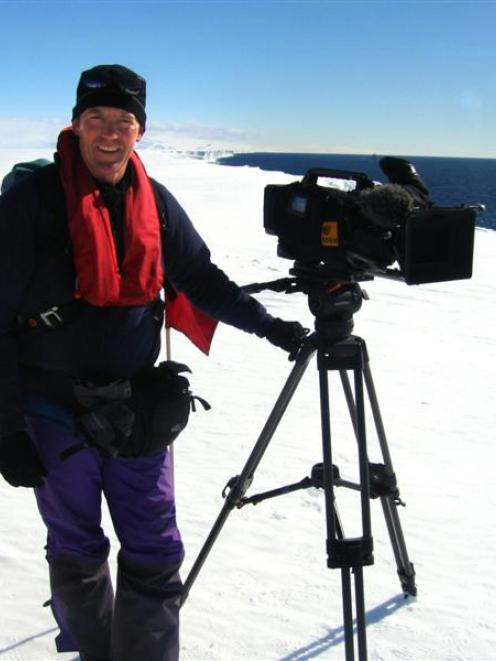 Peter Young.
Neither is the fact that the toothfish produces its own antifreeze to survive in water 1.9degC below zero, although that's very cool.

It is also delicious and almost impossible to cook badly, a point the documentary-makers have included in their film but almost certainly don't regard as essential.

What they and the scientists in their film want you to understand about the toothfish is that it swims in the world's most pristine ocean.

Its glassy world is the Ross Sea, under the ice and the waves, a stretch of water abutting the Antarctic that was until recently an almost untouched preserve inhabited by its own unique creatures.

Peter Young.
It is now under threat from "et cetera", say the makers of the campaigning documentary.

Early in the film, against a backdrop of the Antarctic's vast white and frigid blue, the poet Bill Manhire describes the southern continent "where a single footprint lasts a thousand years".

"And here we are," the poet continues "with our thousand footprints.""Et cetera".

In this case, and of immediate concern to Peter Young, the man behind the camera of The Last Ocean, the et cetera is the toothfish fishery in the Ross Sea.

His documentary is doing the rounds of the New Zealand International Film Festival as part of an effort to end fishing in the Ross Sea, to preserve what he says is the world's last untouched ocean intact as a point of reference for all those other oceans that humankind has already fished and changed.

There is some urgency around the issue as a meeting of the Commission for the Conservation of Antarctic Marine Living Resources (CCAMLR), the body that regulates activities in the Ross Sea, in late October will consider proposals to set up a marine reserve.

New Zealand is a significant player in all this, as its proximity to and history in the Antarctic allows it to punch above its weight in a forum that also includes the United States, European Union, United Kingdom, Russia, Argentina and Australia among the 25 members.

New Zealand was also the country that introduced fishing to the Ross Sea and now together with the US has proposed a marine reserve - although a reserve that will not stop the fishing.

Young, a long-time documentary-maker who got his start in the industry in Dunedin at the Natural History Unit, says a marine reserve covering the entire sea is what is required.

"We would dearly love them to say, 'no, we aren't going to support a fishery; we think we should phase out fishing and protect the entire Ross Sea'," he says down the phone line from Auckland, where he's been at an Environmental Defence Society conference, representing the cause.

There is precedent for this.

Since 1961, the Antarctic Treaty has protected the frozen land mass from mineral exploitation or other incursion.

The upshot is that the flora and fauna have been able to go about their business unmolested.

That treaty does not extend to the marine environment, but until recently the Ross Sea's isolation has provided it with a similar level of protection.

"It's sort of like these stories you hear about old times in the American West when the sky was darkened by the number of birds flying over during migration," Antarctic scientist Dr Grant Ballard says in the documentary, searching for a way to describe the vigour of the southern sea. "No-one alive has seen this. But in the Ross Sea you can still see these kinds of amazing natural events."

This, say the scientists, should be preserved, not least because it would provide information on ecosystem dynamics that could be used to rehabilitate over-exploited seas and fisheries elsewhere.

Fishing began in the Ross Sea only in 1996, led by an exploratory effort by New Zealand.

Stuart Prior, who was then head of the Antarctic Policy Unit at the Ministry of Foreign Affairs and Trade, says in The Last Ocean, that they thought they needed to investigate the toothfish resource in order to put protections in place - as the fish had already been stripped from the Southern Ocean.

Unfortunately, "things got a bit out of control", he says.

"We didn't manage it, frankly. We got it wrong."

Another of the scientists quoted in the film, Dr Dave Ainley, an Antarctic veteran of 40 years, is indignant.

"These people just kind of show up. They think the fish belong to them and they just kind of take them away. So, I don't know, it's just very arrogant and has no regard to anything," he says.

"The fishing industry is really hard up for places to fish these days, so they are not going to give up the Ross Sea very easily."

This is a prominent complaint of the Antarctic researchers, that the fishing industry is only in what they see as their patch because they have made a mess of fisheries everywhere else.

As things stand, the fishing industry has its hooks in good and proper, with CCAMLR set to allow Ross Sea toothfish stock to be fished down to 50% of their original levels.

Debate rages around this figure, with The Last Ocean scientists, in a fit of modesty, declaring that too little is known about the toothfish to make any rational assessment of its ability to withstand such fishing.

But they are at pains to emphasise that this is not just about the toothfish, the ugly gargantuan creature that sells for big money in upmarket restaurants as Chilean sea bass.

It is a key player in an ecosystem that also supports killer whales, seals and penguins.

The scientists say that where once they could easily catch toothfish for their research, that is no longer the case and that killer whales too are staying away.

Young, who is based in Christchurch these days, was initially approached to help film in the Antarctic six years ago by a Colorado photographer who had read a paper by Dr Ainley.

"I went down to film the wildlife there and I found out about the fishing and the issue. It wasn't until I got back to New Zealand and I asked a few questions, I thought 'I am going to start doing a documentary about this'," Young says.

"As a documentary cameraman I have filmed in every continent on Earth, from the Serengeti to Siberia to Everest base camp, and I want to say that the Ross Sea, in the global context, is this incredible natural treasure. One of the world's greatest treasures."

New Zealand must show some leadership at the CCAMLR meeting and preserve the last ocean, he says.