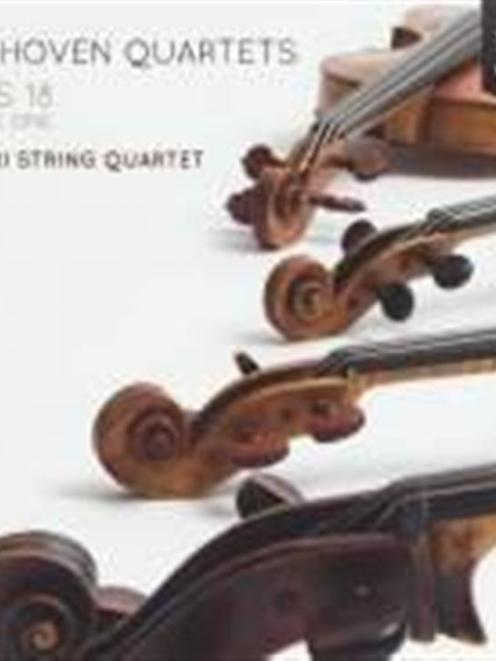 Renowned British group the Allegri String Quartet celebrates its 60th anniversary this year and is acclaimed for its Beethoven interpretations.

This is the first of a series and third release on the new Vivat label - the previous two by the Choir of the King's Consort. Recorded at high resolution in the clear acoustics of the Menuhin Hall, it conveys the quartet's beautifully controlled sound in its richness, shimmer and fire. First violinist Olef Falk leads them well with his glorious 1661 Amati instrument ''The Nightingale''.

The Op.18 quartets are remarkable ''early Beethoven'' works, written in his 20s, with tons of energy and invention. Their optimism, enthusiasm, and passion, written in a variety of ways, show the composer to be a master of the form newly developed by Haydn and Mozart, and able to embellish it in his own brilliant ways. Quartet in C minor, Op.18 No.4 is a masterpiece that opens the recital, followed by the D major No.3, which is now believed to be the first quartet composed, followed by those now numbered 1, 2 and 5. (There is a theory that the change of order was because the first was too strange, composer struggling with a new medium, but it is obvious to the ears here that he has fully mastered it.) The playful and witty A major (Op.18 No.5) delightfully proves this talent.