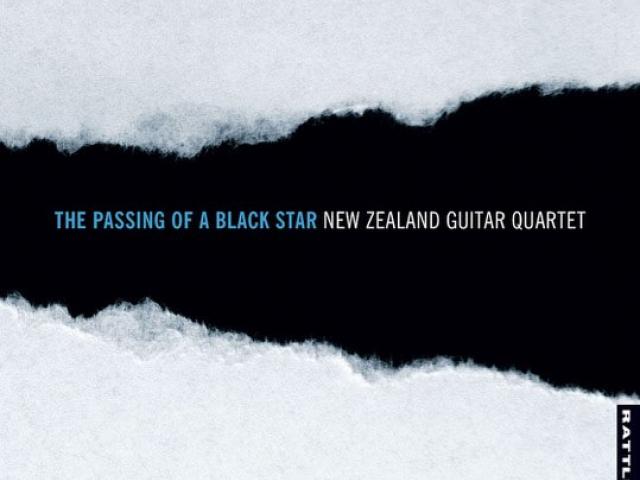 The musicians of this quartet are Owen Moriarty (resident arranger), Jane Curry, Christopher Hill and John Couch. The 18 tracks of the disc contain five works.

The Passing of a Black Star was commissioned by the quartet — composed by Marian Budos — as a tribute to David Bowie after his death last year and contains some quotations from Bowie’s last album (Blackstar and I Can’t Give Everything Away.) Budos, born in Slovakia but now living in Australia,  has had a career as a composer, classical guitarist and conductor.  This work will be performed next year in the quartet’s tour of the United States.

The guitarists perform very proficiently in all items. For me it was two older pieces that stood out and really impressed. They were Spanish Rhapsody Op.70 by Isaac Albeniz (1860-1909), five short pieces usually heard from piano and orchestra, and the brilliantly successful arrangement of J.S. Bach’s Brandenburg Concerto No.3, normally performed by a string orchestra.

The Spanish popular tunes of their day from Albeniz are in five dances accelerating in speed.

The Bach settles things down sublimely.

As the booklet notes state, "As the texture of the music moves between parts, it may appear that there are no soloists, or that all the players are soloists. In doing so Bach creates a weaving, kaleidoscopic range of musical colour and shade."