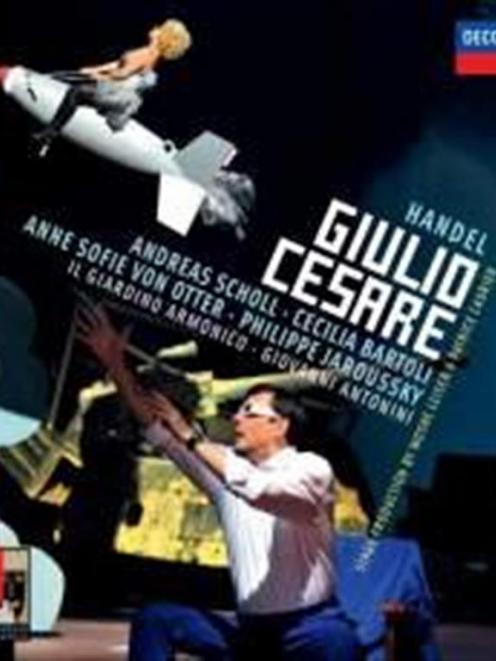 The four-hour marathon of listening to superb singing and viewing excellent stage effects on screen may not be recommended in one dose, but the experience was very enjoyable.

The four-act production of this opera about Julius Caesar in Egypt features the wonderful soprano of Bartoli with three countertenors in different roles (Scholl, Philippe Jarousky and Christophe Dumaux) with Anne Sofie von Otter and other fine voices in a stunning performance at the 2012 Salzburg Festival, which featured warfare in modern dress.

It opened with a wild ballet of soldiers wielding machineguns leaping about on a shadowed stage, and included plenty of carnage later.

Ending act two, Bartoli, in her large role as the seductive Cleopatra, mounted a missile to calmly soar diagonally into the sky.

It seemed to symbolise the way her voice, with its colour, purity and flawless technique, hit a target throughout.

The coloratura effects were constantly delivered by diva and countertenors with easy, agile style and great beauty in the softer top notes.

Scholl was impressive in his arduous role as Caesar, the Roman emperor leading invading forces.

Bartoli has been awarded an Italian knighthood and a list of other honours and prizes from many countries.

She has won five Grammys and been reported as today's best-selling classical artist, with more than 10 million copies of audio and video releases in international pop charts for well over 100 weeks and winning numerous "gold'' and "platinum'' awards.