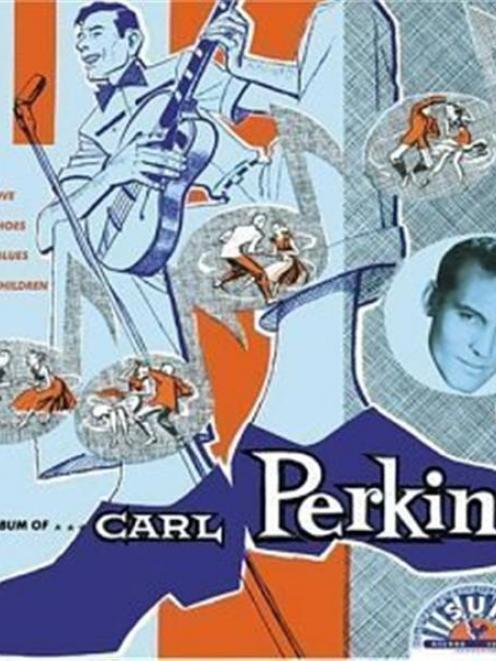 Early in his career, Elvis might have been rockabilly's pin-up boy, young, pretty and with charisma to spare, but Carl Perkins was its cornerstone performer. Sun Records' first million-selling artist with Blue Suede Shoes, he was an enthralling showman and musician whose inventive vocalisations and guitar licks were purloined by his peers and, later, by a host of British Invasion acts headed by the Beatles.

Presley had reportedly caught Perkins' self-described "blues with a country beat" act long before setting foot in Sam Phillips' Sun Records studio in 1954 for the sessions that produced tracks such as his revolutionary take on Blue Moon Of Kentucky. On hearing Elvis on the radio, Perkins made a beeline for the studio, excited that someone else had noticed the turn that this rocking hillbilly music was taking.

Dance Album Of Carl Perkins was released by Sun in 1957 as his sole album for the label before taking up with Columbia Records. Effectively a "best of", it draws together 13 upbeat tracks, 11 of which are Perkins originals.

The album defines not only what Perkins represented as a crossover country artist but rockabilly itself. The genre's relatively short-lived popularity first time around can be explained through the album's sometimes-awkward exploration of unfamiliar territory while still tethered to the influences of western swing and Appalachian folk music.

Only Perkins himself is completely at ease, while his band test-drives these more urgent tempos and temperaments.

It is that spirit of adventure that binds these tracks. This is the birth of modern rock music, overseen by an artist who is relishing his role. The no-frills, live-in-studio performances take you directly to the dance halls and clubs that once sparked with the electricity of the new as the first whiff of rebellion hung in the air.

Highlights are plenty, but you can't go past Honey Don't, Your True Love, Matchbox, and Boppin' The Blues for a taste of Perkins' best.