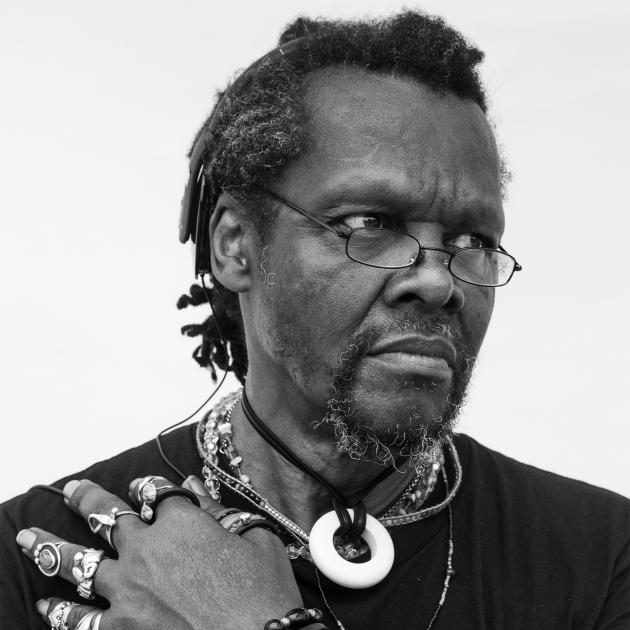 US artist Lonnie Holley plays at the Captain Cook hotel on Tuesday. Photo: Supplied
If you haven't heard of Lonnie Holley, you're not alone, writes Fraser Thompson.

He's a member of the vast global cohort of wonderful artists working away, doing their thing, blissfully unaware of the important connections they're forging. Except, thankfully, he is also one of those few artists finally being given the attention they deserve by the media.

As a result, we will get a rare chance to experience his work right here in Dunedin. His work has in recent years been displayed everywhere from the Smithsonian Museum to the White House.

Born in 1950 in Alabama, Holley was traded for a bottle of whiskey as a 4-year-old, worked from age 5, experienced abusive foster parents ... And then, in the late 1970s, began turning his experiences into art.

"... everything I've experienced, I've made a piece of art to go along with it."

His visual work is improvisational and uniquely his own. Forty years on, and he's still doing the same thing he's always done: binding sticks, wires, and whatever debris people throw away into narrative sculptures, only now they're being admired and appreciated in museums instead of decaying in ditches.

However, the reason for his tour is not his art, it's his music.

Last year he released his third album, MITH. It's a strange collage of musical elements, bound together by unmistakable vocals which fall somewhere between Stevie Wonder and Louis Armstrong. Through these musical pieces he shares his perspective and experiences against a backdrop of improvisational clatterings and clamorings, which punctuate the emotional depth of his words.

Opening song I'm a Suspect refers to white America's historical and present suspicion towards African Americans: "Here I stand accused / my life has been so misused," he howls. Single I woke Up grounds his frustration in the present as he laments the "overdatifying" and "arguing, fussing and fighting" of American politics.

"Let me out of this dream," he concludes.

Within the anguish and frustration you get the sense that the purpose of his art is to help people find solidarity, to survive the sorts of injustices he has experienced. He creates art to help himself, but shares it to help others.