Isley Brothers equal to all the challenges 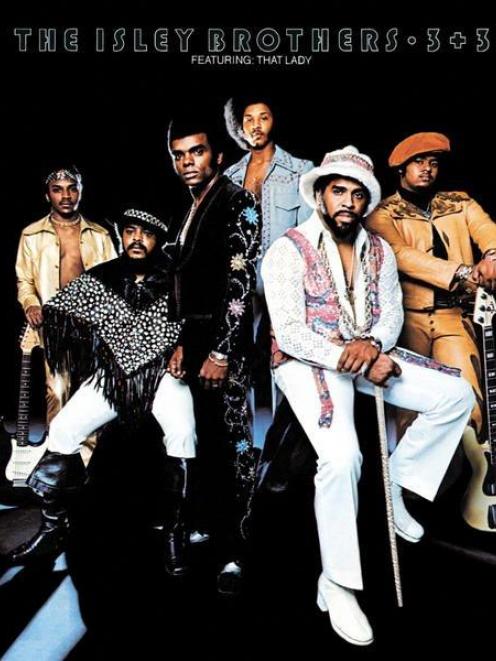 A family that plays together stays together, and for nearly 30 years the Isley Brothers proved it so before eventually fragmenting in 1983. Throughout, their success was built on a constant process of evolution that took them from teenage gospel/doo-wop vocal outfit to one of the leading rock and soul-funk bands of the '70s.

Few groups can count musicians of the calibre of Jimi Hendrix among their sidemen and there is no doubting the young guitarist's 1964-65 stint with the Isleys stimulated the interest in hard-edged R&B that would set them apart from many of their contemporaries.

In 1973, when the time came to cement into place the transition from three-piece vocal group with backing musicians to fully self-contained band, it was Hendrix-influenced guitarist and younger brother Ernie, bass-player sibling Marvin and keyboardist brother-in-law Chris Jasper who joined Ronald, Rudolph and O'Kelly Isley jun in the new line-up.

The Isleys' 11th full-length release, and first as an equal billing six-piece, was titled 3 + 3, acknowledging the extended brotherhood.

The album embraces this inclusive spirit by taking on all manner of challenges and succeeding, most notably in the form of unlikely covers: Doobie Brother's hit Listen To The Music is lifted by strutting funk, James Taylor's Don't Let Me Be Lonely Tonight translates as a smooth but saccharine-free soul ballad, and Seals and Croft's feather-light Summer Breeze is given a propulsive, harmony-rich rock/soul makeover that provides a platform from which Ernie launches one of his more sublime solos.

The finest cut is Top 10 single That Lady (Parts 1 & 2), itself a reworked version of a song the Isleys released in 1964. A proto-disco classic, it trucks along on Latin-inspired rhythms and Ronald's falsetto lead, again shining a spotlight on Ernie's guitar work, which this time channels Carlos Santana.

This new lease on life generated a series of consistently fine albums that petered out only at the turn of the decade.