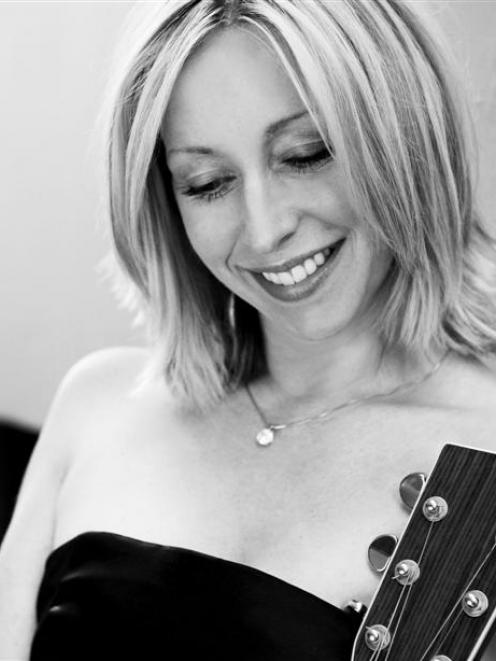 Michelle Nadia brings her debut album to Carey's Bay.
New Zealand-born singer Michelle Nadia had a spot of misfortune in the UK, so promptly did what many fledgling Kiwis do - she returned home.

Nadia admits to feeling disappointed at the lost opportunity in England, but immediately "made a new friend" while attending an awards ceremony. The friend turned out to be Bruce Lynch, longtime bass player for Cat Stevens and producer of the Dave Dobbyn and Herbs hit Slice of Heaven.

"It was a wonderful time in my life. I laughed a lot in the studio while recording my album and was nicknamed Laughing Cloud. I named my record label Laughing Cloud Music."

The result is the Firefly album, which Nadia is promoting with a tour of the country.


• Foo much
An international good blokes award goes to the Foo Fighters, who played a Christchurch earthquake gig in Auckland this week, with all proceeds going to the relief effort.

The tour is promoting his latest solo album, In The World Of Light, which continues to reign atop the Independent Music New Zealand charts as well as making big inroads into the official RIANZ chart.


• Extra, extra
"Come and get it" is not only the catch-cry, but also the name of the album being toured by American R&B singer Eli Paperboy Reed, who this week announced shows in Auckland and Wellington at the end of April.

Reed is scheduled to play Galatos in Auckland on Friday, April 29, before shooting down to Wellington for a date at Bodega on Saturday the 30th.

Reed has toured with Franz Ferdinand, The Hives and Duffy, to name a few, and comes to New Zealand fresh from playing at the East Coast Blues and Roots Festival in Australia.


• Edgy stuff
There are still a couple of opportunities to push play as the Dunedin Fringe Festival winds down. The final Lines of Flight performances are today, 2pm and 8pm, at Port Chalmers, while The Complete Ukulele Workshop takes over Bennu Restaurant at 1pm tomorrow (www.dunedinfringe.org.nz).