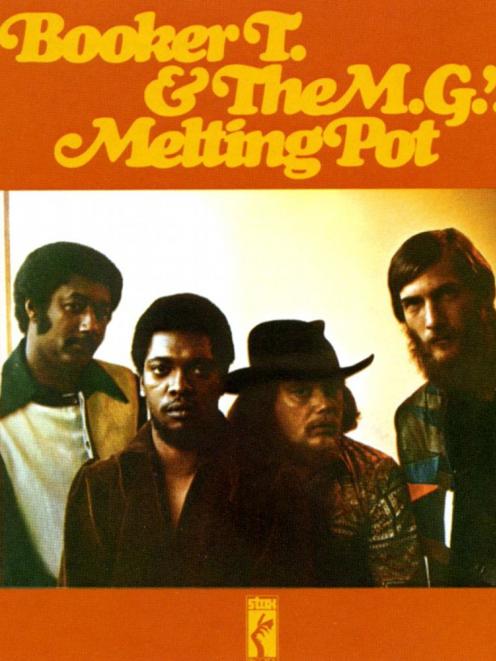 By 1971, Booker T. & the M.G.'s were all but estranged from Memphis-based Stax Records, the label they had served diligently for 11 years.

Despite the erosion of the relationship, or perhaps because of it, the band's swansong album with the classic line-up of Booker T. Jones (keys), Steve Cropper (guitar), Donald ''Duck'' Dunn and Al Jackson jun (drums) saw the band go out on a creative high.

Behind them were countless recording hours as the Stax solid-backbeat house band, as individual session artists and as a charting instrumentals unit in their own right.

With Jones already having severed his connection to the label over disillusionment with executive Al Bell's stewardship, and with Cropper having opened his own studio in Memphis, the band's days as much-imitated progenitors of the new southern soul sound were drawing to a close.

Recorded for the most part in New York, 1971 album Melting Pot represents a freeing up of the tension that had steadily been gathering. The return to a 100% originals track list after a couple of years of relying heavily on covers suggests the band was making a definitive statement about the part they had played in putting this music on the map.

Two eight-minute-plus tracks provided the widest canvas yet for Jones and Cropper to express themselves: Opener Melting Pot rides a rock-steady groove of chicken-scratch guitar, each player stepping in and out of focus rather than indulging in extended solos, while the slinky Kinda Easy Like hints at the Green Onions vibe of 1962.

Wordless backing vocals from the Pepper Singers on Kinda Easy Like and L.A. Jazz Song fall just short of being cheesy, coming across instead as celebratory and complementary to the uplifting music.

Two tracks stand out for different reasons: Chicken Pox for its mercilessly sophisticated funk, and closing number Sunny Monday for its departure from formula, taking its lead from Mason Williams' Classical Gas.