$2 million business park by end of the year 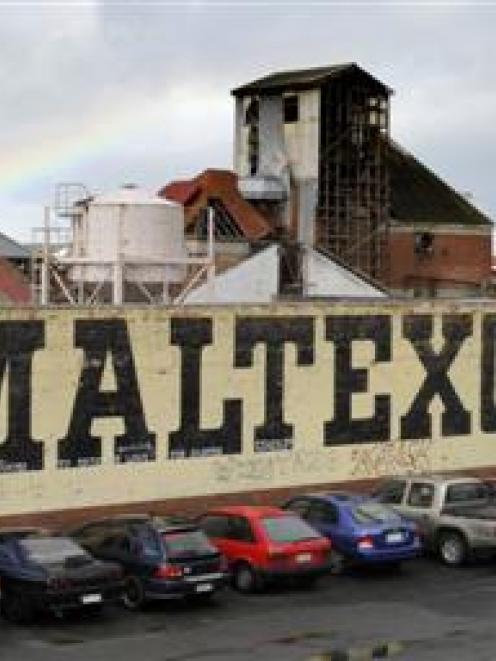 It will be built on land now occupied by the former Maltexo factory, which is scheduled for demolition.

Last November, Dunedin property investor Chris Barnes bought the lessee's's interest in the site, on the corner of Ward and Halsey Sts, with the deal to be closed on completion of demolition; scheduled by June 30.

"Key to the industrial area is revitalising these sites ... This is a cornerstone, modern, highly visible site which is what businesses are looking for," Mr Barnes said.

He described the site as being comprised of a series of old buildings spanning possibly a century, most of which were "derelict and abandoned".

The industrially-zoned 2300sq m site will be redeveloped with a single building covering 1500sq m and 23 car parks.

There are three separate tenancies of variable sizes available from $120 per square metre, and Mr Barnes is targeting companies involved in light industrial sales and support activities.

He said he was negotiating with three potential tenants, businesses looking to relocate from elsewhere in Dunedin to set up in new business-park premises.

Mr Barnes, whose holdings include the recently refurbished Public Trust Building opposite First Church and the Upstart business incubator building in the Exchange, is also redeveloping an old Mosgiel shop into a bank and turning a South Dunedin warehouse into a gymnasium.

Mr Barnes said he had looked at several options with architects to retain the Maltexo signage, but the aged brickwork was in a "poor and unstable condition" and could not be incorporated into the new building.

The concept plans were about to be lodged with the Dunedin City Council.

The business park could be built under the existing zoning, and depending on tenant requirements, resource consent for changes could be needed in the future, Mr Barnes said.