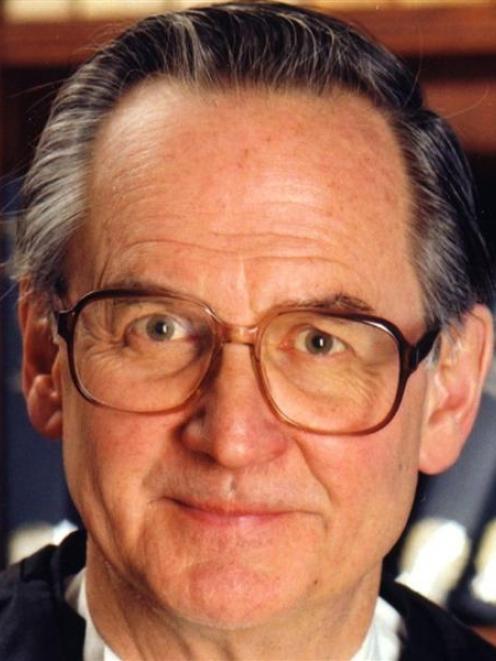 Justice Ian Binnie
The man charged with assessing David Bain's bid for compensation is in Dunedin.

Canadian Supreme Court judge Justice Ian Binnie has been based in a city office, interviewing those with a connection to the former Dunedin man's case.

Mr Bain was convicted in 1995 of murdering his family and spent 13 years in jail before being acquitted in a 2009 retrial.

The retrial came after the Privy Council in 2007 quashed his conviction after finding there had been a substantial miscarriage of justice.

An application for compensation for wrongful conviction from Mr Bain was received by former justice minister Simon Power in March 2010.

During his New Zealand visit, Justice Binnie, who is being paid $450 an hour, has requested interviews with former Dunedin detectives Milton Weir and Jim Doyle.

Documents obtained by the Otago Daily Times under the Official Information Act show any payment would be made at the discretion of Cabinet.

Mr Bain would have to prove "on the balance of probabilities" he was innocent, and thus wrongfully imprisoned.

If Justice Binnie reported he was satisfied the claimant was innocent on the balance of probabilities, he was then tasked with recommending an appropriate amount of compensation.

According to released papers, the starting figure for calculating non-monetary losses was set at $100,000, which is multiplied on a pro rata basis by the number of years spent in prison.

That pro rata figure would then be added to the amount of general compensation.

"Only cases with truly exceptional circumstances would attract general compensation that is greater than $100,000," the briefing paper said.

Papers for Justice Minister Judith Collins, who declined to comment yesterday, also noted "there will continue to be a high level of public and media interest in Mr Bain's claim".

A Justice Ministry spokesman said, "Justice Binnie's role is an independent one and includes deciding the best process for assessing the claim."