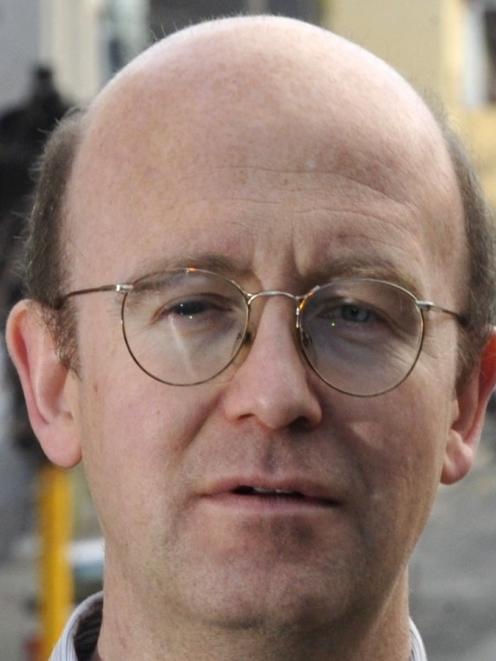 Phil Cole
The High St cablecar could be resurrected within five years, as the trust behind the project prepares to start a major fundraising drive this year.

The original High St to Mornington line opened in 1883 and closed in March 1957, but the Dunedin Cable Car Trust hopes to have a cable car back on the route by 2018.

Chairman Phil Cole said the estimated $22 million project would be broken down into three phases, beginning with the construction of a $2 million terminus near Mornington Park.

The Mornington terminus would include a cafe, museum and storage area for the cable car, and could be completed by 2015.

''We want to build this first to generate income for the project''.

He said the completion of the terminus would help provide impetus for the project before the start of phase two - raising funds and installing the track and building the cable cars.

The 3.2km of track - 1.6km each way- would require the installation of a box to house the cables and pulley system, with drainage required to remove any water.

It was hoped work could be completed by 2017 - funds permitting - allowing the cablecars to be fully operational a year later.

Mr Cole stressed the trust was not looking for financial support from the Dunedin City Council, but was keeping the council updated on the project.

''They are waiting for us to have a big fundraising push.''

That fundraising drive was likely to go ahead in the latter half of this year, and could feature a visit by the redeveloped Mornington trailer 111, courtesy of the Ferrymead Heritage Park in Christchurch.

''Money would have to come from donations initially, because it can't be run as a business until you get upfront donations to get the thing built and after that is when you make it run at a profit.''

The planned third phase would include improvements to High St, such as tram stops, Mr Cole said.

The trust had already been receiving donations, including $500 from a person in Wanaka, and the project had generated plenty of excitement across the country, he said.

A business plan was being developed by a company which had donated time to the cause, and was expected to be completed by the end of the year. Mr Cole said the not-for-profit community organisation would return profits to the community; with sponsoring apprenticeships just one suggestion.

The original idea was to have the cable cars manufactured at Hillside, and '' we may still do that, but quite possibly we might look at Ferrymead''.

''We want to try and have everything built in Dunedin. Obviously, if you build it locally people are more inclined to support you.''

Mr Cole said the project would act as a catalyst for the Exchange and Mornington area, and would complement the council's plan to rejuvenate the historic warehouse precinct, which mentioned the return of trams to city streets.

An estimated three cars could travel on the route at any one time, with a car and trailer able to carry up to 100 people.

He said patronage was likely to be mainly locals rather than tourists, ''but at the end of the day no-one knows until you build the bloody thing''.