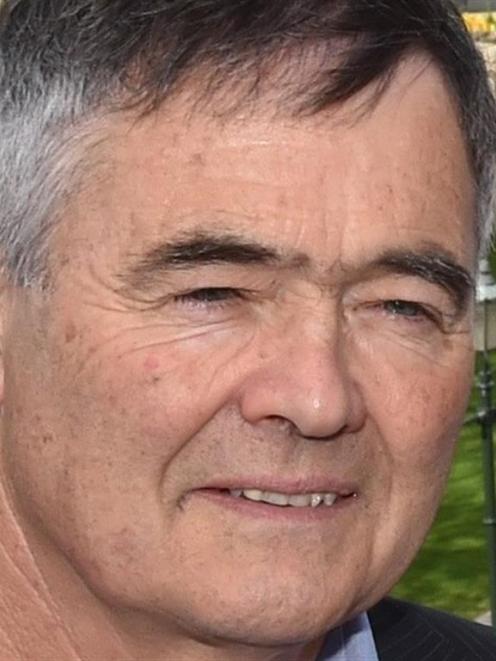 Dave Cull.
Dunedin Mayor Dave Cull is calling on the Government to rethink freedom camping legislation, after a season in which large crowds overwhelmed sites and stretched facilities and patience across Otago.

Mr Cull said the rising numbers of freedom campers stopping at sites in Dunedin and other parts of the South Island appeared to be "unsustainable''.

• App means end of quiet campsites
• App has many followers

His comments came after more than 100 vehicles a night - together carrying more than 200 campers at times - descended on Warrington domain during peak times in Dunedin.

Similar numbers had descended on a Department of Conservation-managed riverside camp site next to the Kawarau River, near Queenstown, turning the once-quiet spot into something akin to a "Syrian refugee camp'', a critic said.

In Queenstown itself, up to 30 people a night, mostly sleeping in cars, had taken over a privately owned lot in Park St, prompting concern from neighbours.

And at Ocean View reserve, south of Dunedin, up to 30 vehicles a night had been cramming into a tight space at peak times, raising health and safety concerns.

The busy season, which was expected to wind down after Easter, had already resulted in 415 infringement notices, each worth $200, being issued by the council to campers caught breaking rules in Dunedin.

Of those, 103 had been granted exemptions after explanations were provided, and another 185 paid, while the rest remained outstanding, council staff said.

The crowds of campers had also raised fresh concerns about stretched facilities and problems with rubbish and human waste, as campers caught short defecated in bushes.

Mr Cull said the answer might not be to simply throw more money at facilities for freedom campers.

That would depend on whether the economic returns received from such visitors justified the expenditure, and more work was needed to determine that, he believed.

He was interested in the Government's suggestion of a fund to help ease the pressure some communities faced from rising numbers of freedom campers.

But councils and the Government also needed to look again at the legislation that required councils to adopt bylaws that identified areas available for freedom camping.

"I don't think that either the current situation where there aren't enough facilities, and people crap in the bushes, [is] sustainable.

"And I'm not sure, given the huge increases in numbers [of tourists] we can expect, that providing facilities is sustainable either, because it will just encourage more.

"I think there are more freedom campers likely to come than there are facilities possible to deal with them.''

His comments came after Prime Minister John Key earlier this month said there was an argument councils in tourism hot spots such as Queenstown needed government support to deal with freedom campers.

Asked what kind of support, he said: "Well, it's money isn't it, ultimately.''

Cr Andrew Noone, the Waikouaiti Coast-Chalmers ward councillor, said the city needed to "lift its game'' as well, possibly by opening up additional sites and investing in new facilities, to protect the visitor experience.

The cost of doing so could be covered in part by introducing small charges, or voluntary donations, for freedom campers visiting Dunedin, he suggested.

Council parks, recreation and aquatics group manager Richard Saunders said the suggestions would be considered as part of a wide-ranging review of freedom camping in Dunedin, expected to begin after Easter.