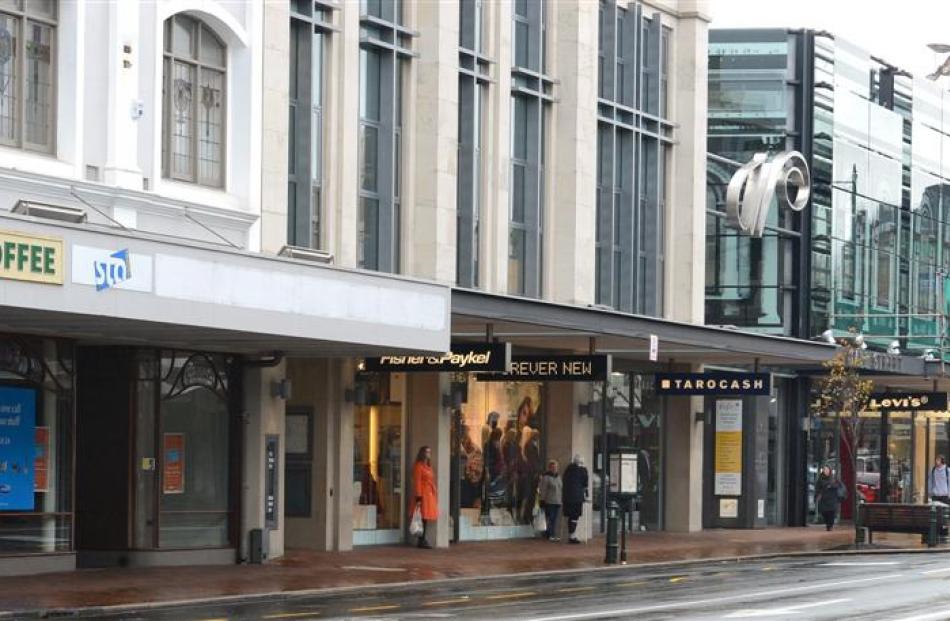 A group of Dunedin property owners is calling for quicker progress - and more money - to improve the look of the central city. Photo by Christine O'Connor.

A group of commercial property owners is urging the Dunedin City Council to throw ''everything'' at an upgrade of the central city.

The area was the city's point of difference, but was in dire need of amenity and infrastructure improvements, he believed.

The council was proposing a nearly $20 million programme of central city improvements, including a $6 million Octagon upgrade and improvements along George St, over the next decade.

Mr Eddy said that did not go far enough, and urged the council to find as much money as possible for improvements and accelerate the pace of work.

Lifting the area would help combat the impact of online shopping on retailers, and should take precedence over any spending on ''out-of-town'' projects, he believed.

He also sounded a note of warning, saying pedestrianisation of George St would be ''a disaster'', and the council should focus on providing adequate parking instead.

If the council did not act quickly enough, Dunedin risked following in the footsteps of Hamilton, which had made ''laughable'' progress compared with its bigger northern neighbour, Auckland.

Mr Eddy said he represented a group of six significant property owners who together paid about $2.5 million in rates to the council.

Other building owners in the city were also spending millions improving their properties, including earthquake strengthening, and the council needed to do more to partner with them and take a leadership role, he said.

The council's existing proposal would result in planning work over the first two years, followed by projects ranging from new footpaths and water main renewals along George St to a $6 million Octagon redevelopment.