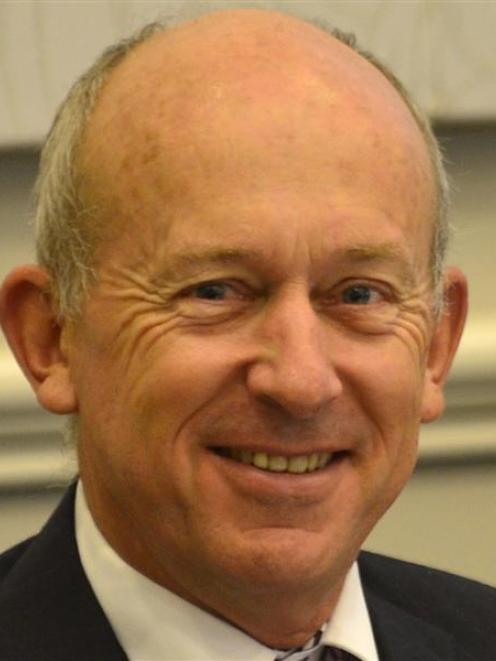 Steve Rodgers
The imminent closure of a 128-room hotel in Dunedin reinforces the need for the proposed 28-storey hotel on the waterfront, its promoter says.

His comments come after it was revealed the University of Otago had bought the LivingSpace building in Castle St, which has a rateable value of $6 million, and planned to turn it into student accommodation. Based on the unit capacity in Statistics New Zealand's accommodation monitor, the hotel represents just over 5% of Dunedin's total accommodation capacity.

Betterways director Steve Rodgers said yesterday the closure highlighted the importance of the waterfront hotel and the need for more accommodation in the city.

''This makes the [waterfront] hotel even more important and even more economically viable. It just makes the arguments for my hotel, the five-star hotel, stronger,'' he said.

He did not believe the loss of LivingSpace would have any impact on the Dunedin City Council's hearings committee's decision on the waterfront proposal, as it was unable to take into account any new evidence.

Otago Motel Association president Richard Hanning agreed the closure showed there was a need for new hotels in the city.

However, he felt other hotel and motel providers would be able to fill the gap, except at peak times, such as when All Blacks tests were held in the city.

Many accommodation providers would be happy about the closure, as LivingSpace was able to offer ''extremely low rates'' because it provided ''unserviced apartments'', which meant fewer overheads, Mr Hanning said.

Tourism Dunedin chief executive Hamish Saxton said the proposed five-star waterfront hotel was in ''quite a different market'' to LivingSpace. The gap left by its closure would be in the budget sector.

The budget sector had already been reduced in size by the closure of Dunedin's Youth Hostel Association backpackers in Stafford St last year, he said.

Ralph Davies, of Headfirst Travel, believed it was time for someone to invest in the budget end of the market and the closure of LivingSpace presented an opportunity for a big company, such as, Base Backpackers to move into the city.

With the latest closure, the budget sector had contracted to the point where it was smaller than it had been for 15 to 20 years, he said.

The Tourism Industry Association's accommodation providers forum Dunedin chairman, Richard De Graaf, a manager for Scenic Hotel Group, said occupancy rates in Dunedin were not high, compared with other cities in the country, and there was no need for more accommodation in the city.