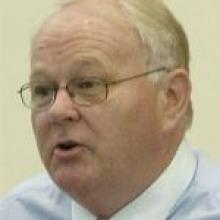 Michael Guest
The Awatea St stadium sparked some testy and ill-natured exchanges yesterday, as stadium opponents took out their frustration on councillors.

Rosemary McQueen took several councillors to task over their reasons for supporting the stadium, and provided counter arguments to those.

Her speech angered councillors, who regularly broke in to claim they had been misquoted, or Ms McQueen had her facts wrong. Mayor Peter Chin had to control their outbursts, demanding Ms McQueen be allowed to speak in peace.

She said the conditions the council had set down for the support of the stadium had not been met.

"This is a sorry record of broken promises that you should be thoroughly ashamed of."

Stop the Stadium's Peter Attwooll said the "horse has bolted" on the issue, but he did not plan to tell councillors they should be ashamed. "I know you have no shame."

Mr Attwooll said the council had a cynical disregard for the views of the community, which was divided, but with a vast majority against the project.

Group president Bev Butler said she still believed in the consultation process, but it only worked if the council listened.

Cr Michael Guest asked if the cartoon depicting Mr Chin and pro-stadium councillors as goose-stepping Nazis had been removed from the Stop the Stadium website, and Ms Butler said it had not.

Russell Garbutt said the stadium debate highlighted the failings of the Local Government Act 2002, and he insisted a culture change was needed to ensure the Dunedin City Council not only consulted, but also acted, on concerns expressed.