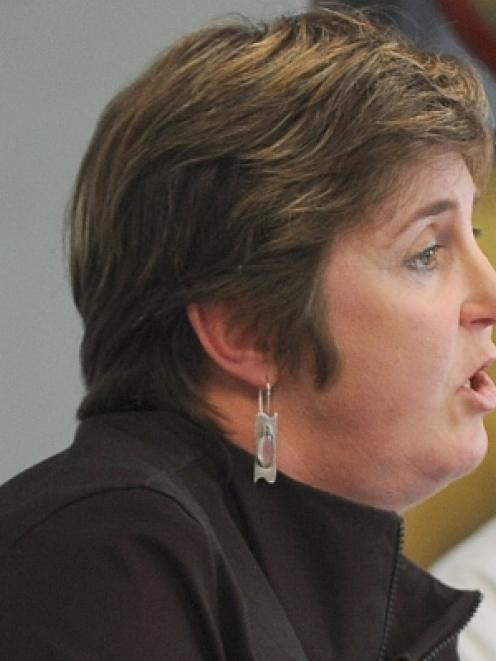 Nicola Johnston
The Dunedin City Council is set to spend the next three years developing a wide-ranging response to the problem of climate change, after some alarming warnings about what the future holds.

The response will include a major study on the future of South Dunedin, and four other ''hot spots'' identified as the most vulnerable areas of the city.

The climate change adaptation project plan, to be implemented over three years at a cost of $67,500 a year, was approved at a finance, strategy and development committee meeting in late November.

One of her first jobs after the Christmas break was to recruit a dedicated sustainability adviser, though she emphasised that meant ''redefining'' an existing role rather than adding to staff numbers.

The adaptation project plan's genesis was a report in April by University of Otago emeritus professor of geography Blair Fitzharris that made it clear the city faced some stark choices by the end of the century, with sea-level rise expected to cause serious problems in South Dunedin, St Kilda and St Clair.
The area was identified as one of five hot spots.

The others were the lower Taieri Plain, including Dunedin International Airport; populated estuaries along the coast; the ecosystems of upland conservation regions; and the harbourside shoreline, including the entrance to Otago Harbour.

A recent report on the issue by Ms Johnston said completing the studies on the hot spots would enable the council to understand what methods could be used to adapt to the changes, and the costs and impacts.

With input from the community, options for each area would be developed, as would an implementation plan.

''The work areas are getting larger, and the need to plan for the future is fundamental to the work of the council,'' Ms Johnston said.

The plan included eight actions to be taken by a group of 14 staff from across the council's departments.

Of the five hot spots, South Dunedin was the highest priority because of already high and rising groundwater levels, and modelling that predicted ponding of water within 20 years in parts of South Dunedin.

''Of all the hot spots identified, the possible impacts on South Dunedin affect by far the most residents, businesses and critical infrastructure.''

The South Dunedin study would assess the risks and scenarios and present engineering solutions, mitigation methods and costings, as well as a social impact assessment.

''That programme is a key piece of work [this] year,'' Ms Johnston said.
Ms Johnston said feedback from the community made it clear residents wanted the council to take a leadership role on the problems of climate change and peak oil.

The community would be involved, as the council was aware there was plenty of expertise and passion in the community.

''We should be harnessing that.''

That community input will, in part, be channelled through Cr Jinty MacTavish's community resilience forum, which has replaced the council's sustainability panel.

Cr MacTavish said the panel would be more ''outcome focused'' than it was.
It would be able to provide expert advice, and identify issues and topics that needed action.

This year, the group might focus on key areas such as transport, energy and food security, identify what the situation was, and what was known from the reports and from community expertise.

''Then we'll explore the alternatives, what other councils are doing, how we might do things better.''

A briefing of potential members would be held in early February and the panel would be put together later in the month, with members from organisations including Sustainable Dunedin, the Waitati energy project and tertiary institutions.