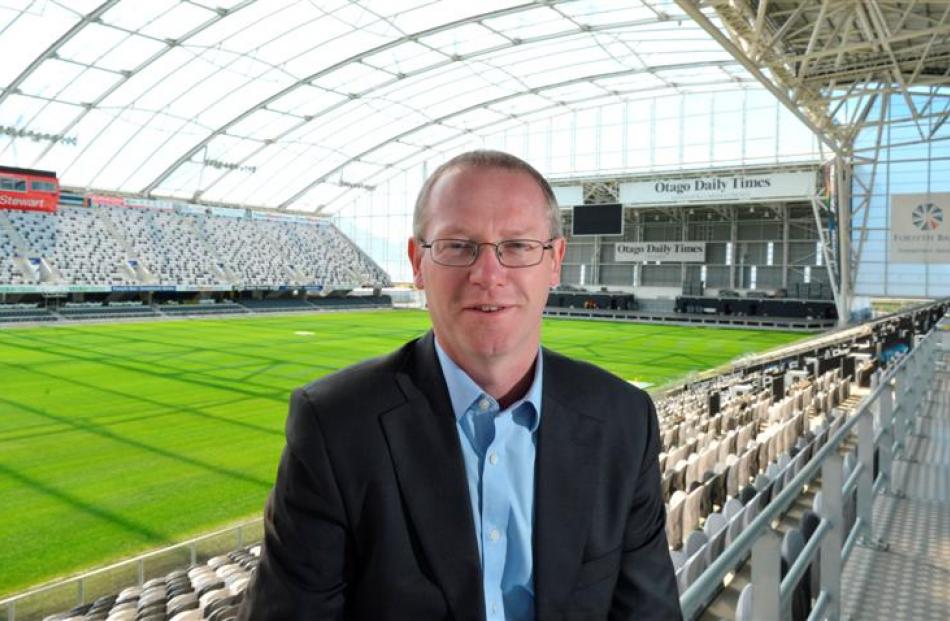 Dunedin Venues Management Ltd chief executive Darren Burden says he has no regrets about quitting to take a new role in Christchurch. Photo by Gerard O'Brien. 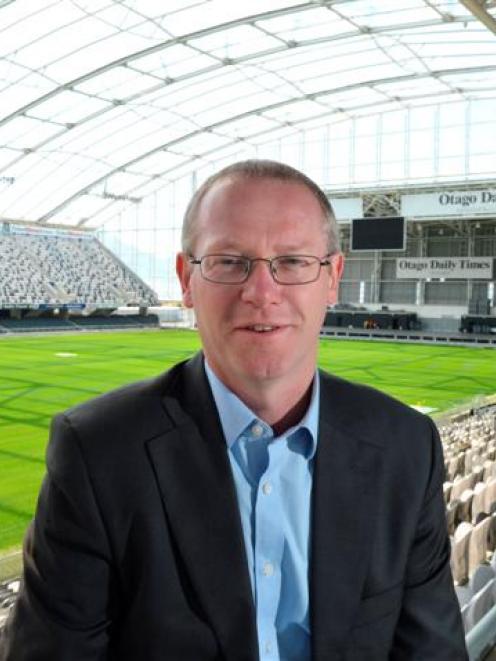 However, the man in charge of Forsyth Barr Stadium has defended his decision to accept a new role - and possibly overseeing a new roofed stadium - in Christchurch.

He will instead become the general manager of Vbase, the Christchurch City Council's venue management company.

In his new role he will be responsible for Vbase venues including Christchurch's temporary AMI Stadium and, possibly, the indoor venue earmarked to replace it.

Mr Burden - in his first interview since his surprise resignation last month - was yesterday candid about his reasons for leaving just over a year into his five-year contract.

He said he was not quitting a sinking ship, but had been approached in September by a recruitment company wanting him to consider a role at Vbase.

Initial talks led to a job offer that was too good to refuse and the decision to quit had been ''relatively easy'' on a professional level, he said.

He was sad to be leaving Dunedin, where his family had settled, and saying goodbye to DVML's ''excellent'' staff, but had no regrets about taking up the offer.

Mr Burden said it was the ''long-term challenge'' of the new role that appealed, not an inflated pay packet, which would be ''no better'' than his DVML contract.

His departure followed the exit of former DVML chief executive David Davies last year, and that of the company's commercial manager, Guy Hedderwick, earlier this year.

Despite that, Mr Burden said there were no problems within DVML and he was not quitting a sinking ship.

If he had not been approached about the Vbase role, ''I wouldn't be moving on''.

''People have opportunities that come up in their lives and they decide to take them.''

Initially, his new role would be to rebuild Vbase, oversee existing venues and integrate those - such as the Christchurch Town Hall - being rebuilt.

In time, the role could include oversight of a new indoor stadium earmarked to replace AMI Stadium, and Mr Burden admitted his experience with Dunedin's roofed venue would have appealed to Vbase.

However, there were no guarantees such a venue would ever be built in Christchurch.

There was likely to be considerable public debate in Christchurch, as in Dunedin, and building a new venue in time for the British and Irish Lions rugby tour in 2017, as had been suggested, would be an ''extremely tight'' time frame.

He said ''something will have to be done'' in time, but only after Christchurch's more pressing priorities, rebuilding housing and core infrastructure, were addressed.

And if an indoor stadium in Christchurch was built, Mr Burden expected both competition and co-operation between the respective cities' roofed venues.

''But that's a big 'if' at this stage. Certainly, there will no doubt be some time in the future where there may well be some competition between the two, but likewise there's going to be a huge number of opportunities ... to work together.''

Mr Burden's departure from Dunedin marked the end of an involvement in the city's stadium project stretching back to 2006 and including roles with Arrow International, the Carisbrook Stadium Trust and DVML.

He had developed a thick skin over the years, coping with public criticism and abusive anonymous letters, but remained proud of the stadium and the achievements of DVML staff.

That included work to improve the company's finances over the past year, turning an operating loss of $302,000 for 2011-12 into a operating profit of $2.46 million in the past financial year.

Despite that, the company continued to struggle under the weight of a $4 million annual rent requirement, to be paid each year by DVML to Dunedin Venues Ltd to service stadium debt costs.

That converted the operating profit into an overall loss totalling $986,000 in 2012-13. However, that was still a considerable improvement on the $3.2 million loss the previous year.

Mr Burden said the figures showed the company was doing all it could to improve its financial position, but also that the arrangements underpinning the stadium debt repayment model needed to be reconsidered.

''I think something has got to change at some point in the future.''

In the meantime, the prospect of regularly breaking even - let alone making a profit - would remain ''a really tough challenge'' for DVML, although another improvement was predicted for 2013-14.

Despite that, the stadium was delivering an economic and social return to the city, with estimates that October's Bledisloe Cup test match alone was worth $9 million for the city's economy, Mr Burden said.

He could not say when the next big concert was likely to be confirmed, but regular talks with promoters were continuing.

And, despite the public flak, long hours and late nights, Mr Burden said he would ''absolutely'' miss the stadium.

''Seven years of my life has been poured into the stadium,'' he said.