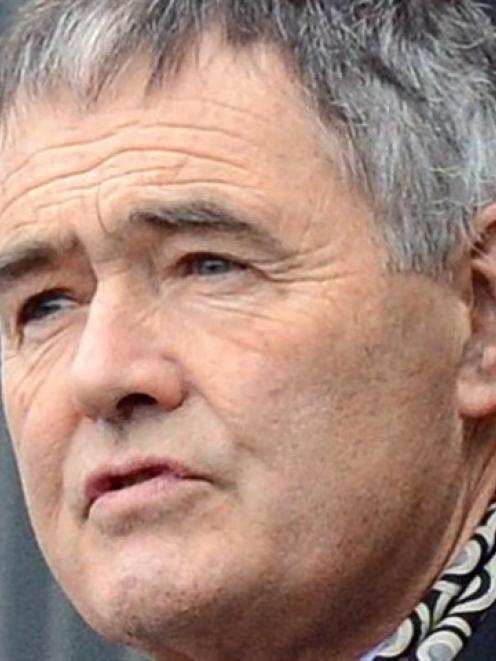 Dave Cull
Ethical investment has come with a price tag of more than $380,000 for Dunedin's Waipori Fund.

The Dunedin City Council's Waipori Fund held positions in four equities that were against the ethical investment policy when it was adopted last April.

It was revealed at last week's finance committee meeting that the policy had caused losses to the fund, although the extent of those losses was not available.

Shares in the the four equities - BHP, Origin, Rio Tinto and Woodside Petroleum - were bought for a total of $1.568million. When the policy was adopted on April 28 last year, they were worth $1.523million and all four were eventually sold for a total of $1.187million.

Mr McKenzie said if the shares were still held, they would have accumulated an additional loss of $149,755 based on share prices at the end of March.

The equities were sold on the recommendation of the fund's manager, in line with the ethical investment policy, he said.

When the policy was adopted, a two-year grace period was allowed to exit the positions, but divestment was completed within 10 months.

All the funds had been reinvested but Mr McKenzie did not comment on how those positions had performed compared with the equities they replaced.

‘‘There are a mixture of both equities and bonds that were purchased,'' he said.

‘‘These have all been made on the recommendation of the fund manager.''

More than half a million dollars worth of shares in petroleum companies and about $400,000 of SkyCity shares were also sold, in late 2014, ahead of the adoption of the policy.

The losses have raised the ire of Cr Andrew Whiley, who opposed the policy when it was mooted.

‘‘If we had held on to these shares for three years and watched them bounce back we would have been fine,'' he said.

‘‘It's no different to the bloody dairy farms.''He believed the fund had been hijacked by the political ideologies of some city councillors and did not reflect the views of the wider community.

‘‘At one point we wanted to do business with some of those companies, but next thing we don't want to invest in them?'' he said.

‘‘The Waipori Fund is all about giving the best return to the city and the ratepayers.

‘‘Councillors shouldn't be able to manipulate or tag their own agenda to the investment plan of the city.''

He believed the ‘‘silent majority'' was against the policy and its cost to the city, but did not take part in consultation because ‘‘I don't think the public thought we would make such a silly decision''.

Dunedin Mayor Dave Cull said he was ‘‘absolutely'' comfortable with the policy. The ongoing decline of the equities following their sale showed the council had made the right decision.

‘‘It's a pity we didn't do it earlier because then there might not have been such a big loss,'' he said.

‘‘There was a loss realised, but if they weren't sold, they still would have had a loss; it just wouldn't have been realised yet.''

Cr Jinty MacTavish, who championed the policy, echoed Mr Cull's thoughts and said any monetary loss was the cost of democracy.

‘‘Dunedin told us there are certain things they aren't comfortable investing in,'' she said.

‘‘To me, it's a win that we are not forcing a situation on people they are not comfortable with.''

Since the council adopted the policy, other cities had followed suit and equities in those sectors had tumbled, she said.

‘‘It's a shame that we didn't adopt our social responsibility investment policy earlier, because those shares are not winners in the 21st century,'' she said.