Farry not expecting a stop to stadium 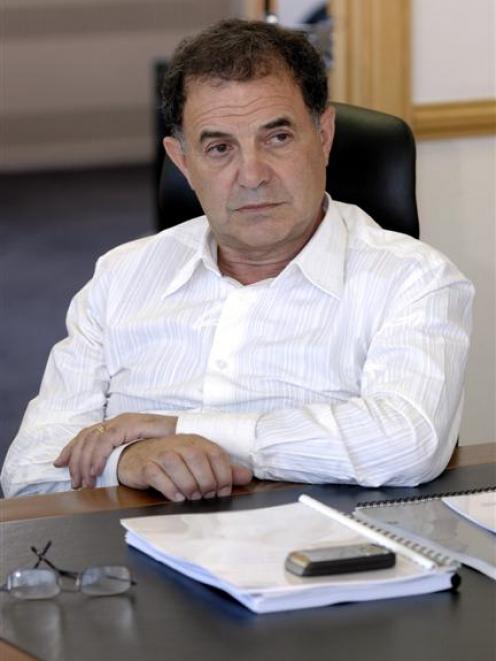 Mr Farry said yesterday he did not believe Mr Chin's removal - together with pro-stadium councillors Richard Walls and Michael Guest - amounted to a clear vote against the stadium.

The decision by the outgoing council, led by Mr Chin, to commit to the $198 million project appeared to be one of the factors contributing to his dismissal, but could not by itself explain the result, Mr Farry said.

The result came as Mr Farry said he detected a noticeable improvement in the public mood towards the controversial project.

Instead, the combined cost of a variety of capital projects - including the stadium but also others, such as the town hall upgrade - had created a perception of debt problems, he said.

That had been fuelled in part by "scaremongering" over debt that "frightened a number of people".

"It's difficult to interpret the result of the mayoralty as having its foundation around the stadium, because that should've meant that some or all of the other councillors who supported it should not have been returned.

"In my view, you have got people for and against the stadium being returned."

Mr Farry said he was not sure what approach the new council would take to the stadium, but did not expect the project to suddenly be halted.

While incoming mayor Dave Cull had opposed its construction, he had also indicated a willingness to ensure it was successful, once it was clear the stadium was to be built, Mr Farry said.

"I can't imagine that anybody could say we are going to pull the plug on it [the stadium].

I don't know what you'd do with it sitting there for the next 50 years, unfinished, so close to being finished.

"There's nothing that indicates to me the new mayor [Mr Cull] and council would not want to make sure we complete on time and on budget.

"Anything less than that would be a great disadvantage to everybody . . . the cost to the city would be absolutely astronomical."

"I think there's going to be a lot of questions because they are closer to it now than they would have been previously.

"I think that's an inevitability and we're going to do our level best to bring them up to speed."